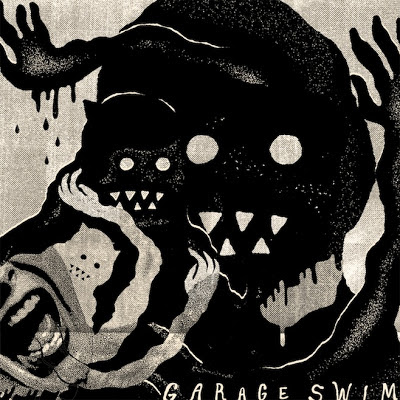 I'm not sure how I missed this when it first was unleashed a few weeks ago, but Adult Swim  — the irreverent cartoon and comedy programming that takes over The Cartoon Network after most the kiddies are in bed — released a free album of new tunes.

Most of it is pretty good and a few of the 15 tunes are downright bitchen.

I guess it’s not that surprising that the warped minds behind Adult Swim also would be fond of crazy garage-punk music. But it is pretty amazing that they persuaded their corporate masters, and a sponsor, Dr. Pepper ("the friendly pepper-upper"), to go along with this project involving music that's basically unknown to the masses.

Garage Swim features some of the “stars” (I’m being very relative here) of genre, as well as many I'd never heard of.

Thee Oh Sees. The Black Lips and Bass Drum of Death are here, as is  King Khan, who appears on two selections.

But most exciting is that there’s a new song by The Gories. Although they’ve done a few “reunion” tours in recent years, playing their old stuff, “On the Run” from Garage Swim doesn’t appear on any of their ’90s catalogue.

And below is that Gories song.