A version of this was published in The Santa Fe New Mexican
May 3, 2013 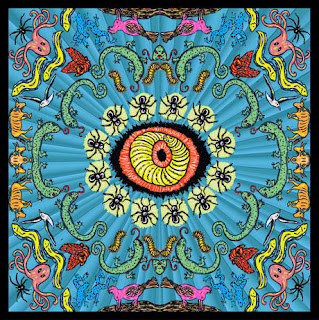 Wilderness, the new album by The Handsome Family, is as mysterious, dark, and utterly alluring as fans of this band — actually an Albuquerque couple named Brett and Rennie Sparks — have come to expect.

The melodies are mostly pretty, sentimental, and frequently sad, with sweet harmonies from Mr. and Mrs. Sparks. Many tunes may remind you of old folk songs or parlor music from some century gone by.

But when you allow the lyrics to sink in, you realize there’s a lot more going on here than sweet nostalgia.

Like their previous album, Honey Moon, which examines the idea and practice of love from a variety of angles, Wilderness is a concept album. Every song is named after a different animal: “Eels,” “Octopus,” “Lizard,” “Owls,” etc.

“The record is all about animals, but it’s not really about animals,” Brett said during a recent interview on my radio show, The Santa Fe Opry on KSFR-FM. “They’re about a lot of things, but I guess animals are the jumping-off point for a lot of themes.”

Rennie, who writes all the lyrics for Handsome Family songs, said, “I was thinking about it like a medieval bestiary, which are factual, but factual about the world as we know it now but not necessarily about the truth of the world.”

Several of the songs deal with humans — including historical figures from the 19th century.

There’s “Flies,’ which starts off about George Armstrong Custer, lying dead at Little Bighorn (“His red scarf tied, his black boots shined/How beautiful he looked to the flies, the happy kingdom of flies”); there’s “Wildebeest,” which deals with the lonesome death of songwriter Stephen Foster (“He smashed his head on the sink in the bitter fever of gin/A wildebeest gone crazy with thirst pulled down as he tried to drink”).

And there’s “Woodpecker,” which is about Mary Sweeney, a Wisconsin schoolmarm notorious for having manic fits and smashing windows. Her story is told in Michael Lesy’s 1973 book Wisconsin Death Trip.


“That was my century. … I would have fit in,” Rennie said about the 1800s. “When the train tracks went through, everything went to heck. To me, people like Stephen Foster or Custer or Mary Sweeney were people who had one foot in the old world and one foot in the new world.”

Brett added, “We’re kind of obsessed with that turn-of-the-century kind of thing. We started this new little project called the Parlour Trio [featuring longtime Handsome colleague David Gutierrez on mandolin] where we’re playing turn-of-the-century parlor music just around Albuquerque for fun. … That was a time when everything in America maybe started becoming less European, in a way. … I think that’s an amazing period in American history and American music history.” 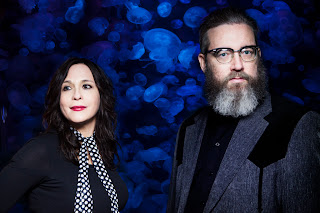 Wilderness also has many songs in which Rennie continues her fascination with insects and other creepy crawling things. Besides “Flies,” there are songs titled “Spider,” “Caterpillars,” and “Glow Worm.” Insects also star on several tunes on Honey Moon, my favorite being “Darling, My Darling,” told from the perspective of a lusty male insect willing to sacrifice his life to the waiting fangs of the female of the species.

One of my favorite images on the new album is the last verse of “Flies,” which takes place in some trashy vacant lot near a Wal-Mart: “Great armies of the smallest ants fight battles for the glory of their queen/Such a tiny, glorious queen.”

Asked about this apparent bug fixation, Rennie laughed. “You live in New Mexico. My God, we have some amazing insects here. … Two summers ago, we saw our first sphinx moth larva out in the yard. Once you’ve seen that, trying to wiggle their way down …” Brett interjected, “It looked like a little hot dog was crawling across the yard.”

“They look like caterpillars when they’re first born, but when they get ready to pupate, they drop all their legs off, and they look like a finger. A little finger rising from the ground,” Rennie said.

“When I first saw this thing, and I’m from New Mexico, I was like, it was one of those things where you say, Oh, my brain doesn’t want to do this — what am I seeing?” Brett said.

Brett reminded her of the time, not long after the couple first moved to Albuquerque, that Rennie, a New York native, learned the hard way that “I got ants in my pants” isn’t just a James Brown song.

“Honestly, I feel like I was a different person after I was bitten by those ants. There was a point in the middle, when I was just writhing in pain, that I could feel the queen calling me down in the earth. And I wanted nothing but to do her bidding.”

Here's the Santa Fe Opry segment where I interviewed Brett & Rennie. I used a lot of quotes from it in the above column -- but there's lots more that I didn't write about.

The interview starts about 15 minutes into the show.


Here's a live version of  "Woodpecker."