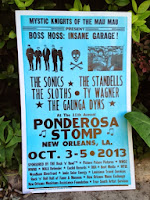 As I've been babbling about for the past several weeks, I'm off for New Orleans today, where I'll be enjoying -- and blogging about -- the 2013 Ponderosa Stomp.

This will be the second Ponderosa event I've attended. Three years ago I went to their Detroit Breakdown show at Lincoln Center in New York City, where I saw Question Mark & The Mysterians, The Gories, Death and more. 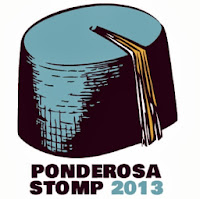 I've been playing many of these artists on Terrell's Sound World and The Santa Fe Opry during the past few weeks. And half of my latest Big Enchilada podcast ("Chompin' at the Stomp") is devoted to Ponderosa acts.

You can listen to that podcast on the player below. And check out these official Ponderosa Stomp videos as well.

The Sonics still are psycho!