Willie Nelson is a little like the weather in Oklahoma. If you don't like his latest album ... wait a minute. 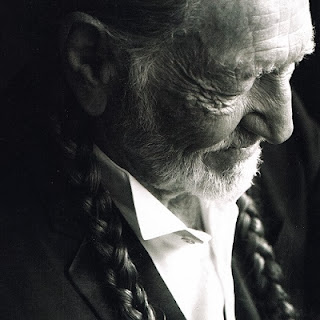 Case in point: I was basically unimpressed by Let's Face the Music and Dance, released back in March, and I wasn't that wild about Heroes, released less than a year before that. (Heroes was the one featuring a song called “Roll Me Up and Smoke Me When I Die,” celebrating reefer with fellow celebrity pothead Snoop Dog.)

But it's October already and dang if the ultra-prolific octogenarian doesn't have a new album. To All the Girls…. It's a collection of duets with various female singers -- from venerated country queens like Loretta Lynn and Dolly Parton to the new crop of Juliette Barnes wanna-bes and many in between. And guess what. The weather in Oklahoma just got nicer.

He almost could have called this album “Daughters” because so many of his singing partners are the offspring of famous singers – Roseanne Cash (Johnny Cash), Tina Rose (Leon Russell), Norah Jones (Ravi Shankar), and Paula Nelson (uh, Willie Nelson).

No, not every tune is a winner. There’s some over-produced, adult-contemporary fluff here. In fact, had I only listened to the opening track, "From Here to the Moon and Back," a super-gooey duet with Parton that made me miss Kenny Rogers, I probably would have dismissed the record as just another ill-advised Willie product. But out of respect, I went on to the next song. And I'm glad I did.

It’s a song Waylon Jennings wrote, “She Was No Good for Me,” one of the finest Waymore did in the ‘90s. (I always loved how he described the subject of the song: “a high-steppin’ mover, the kind men talk about.”) I’m not the biggest fan of Nashville songbird Miranda Lambert, Willie’s duet partner on this song, but she sounds fine here.

While I was disappointed in Dolly's contribution, Willie's duet with Loretta brings out what I love about both artists. It's a slow, yearning waltz called "Somewhere Between," with the two singers swapping verses about doomed love. “Somewhere between your heart and mine, there’s a door without any key …”

Some of the best songs on To All the Girls… are honky-tonk classics. Nelson sings “Making Believe,” a song made famous by the late Kitty Wells, with Brandi Carlisle, who has an impressive country voice. Then there’s “After the Fire Is Gone,” a song Nelson recorded back in the ‘70s with Tracy Nelson (no relation.) Here he sings it with Tina Rose, Like her old man, Leon, Tina’s voice is full of personality.

Nelson tackles on of Kris Kristofferson’s most under-rated songs, “Please Don’t Tell Me How the Story Ends,” aided soulfully by Roseanne Cash. Actually, the third star in this song is Trigger, Nelson’s guitar. Nelson shows here that his distinct picking style has not faded.

And, speaking of soul, his duet with Mavis Staples on Bill Withers’ “Grandma’s Hands” is nothing short of superb. And it probably packs more of an emotional punch when you realize that Nelson was raised by his grandparents.

Several songs here are remakes of songs Nelson recorded before. I actually like the new version of “Always on My Mind,” done here with Carrie Underwood, better than Willie’s ‘80s hit version. The arrangement on the new version with its cocktail-lounge piano reminds me a little of “Don’t It Make My Brown Eyes Blue.”

And better yet, there are not one but two songs from Phases and Stages, the best Willie Nelson album in all recorded history. With Nora Jones he does a sweet, slow version of “Walkin’.”  But most impressive is his rollicking remake of “Bloody Mary Morning,” Wynonna Judd sounds as if she came to party on this track.

To All the Girls … doesn’t rank up there with Phases and Stages or his other truly great albums. Very little does. Chances are he’ll never reach that level again. But as the man once sang, “The life I love is makin’ music with my friends,” and he’s determined to keep that music flowing. I hope it never stops. 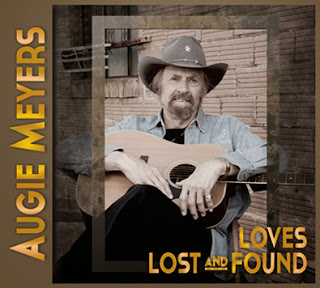 Meyers is known chiefly as the sidekick of the late Doug Sahm, -- and in recent years backing up the likes of Bob Dylan and Tom Waits. But Meyers for decades has quietly released a stream of solo albums on small labels. (I haven’t heard the entire album, but my favorite title of these is My Freeholies Ain’t Free Anymore, from 2006.)

This new record shows Meyers’ country side. Some tracks are C&W classics like “Pick Me Up on Your Way Down” (written by Harlan Howard and covered by Charlie Walker, Faron Young, Ray Price and a million others) and Lefty Frizzell’s “I Love You a Thousand Ways” (True story: Lefty wrote this in Roswell in 1947 when he was in the Chaves County jail on a statutory rape charge.) He also does a sweet version of a Sahm song, “Be Real.”

But most of the album consists of original Meyers songs, starting out with the opening track, an uptempo “But Not Now,” in which Bobby Flores’ fiddle is out front and ending with “Prosperity Street,” a nifty western-swing number. In between there’s other high points, including “Side Effect” (“I looked in the mirror and I looked like a wreck/ I think I’m in the middle of a side effect …”) and “I Found Love,” a pretty tune that could almost be a long-lost Don Williams song, featuring Tommy Detamore on dobro.

And just in case you didn’t know where Augie Meyers is from, there are two novelty numbers that The Austin Lounge Lizards would classify as “stupid Texas songs”: “Deed to Texas,” in which the singer fantasizes about buying the entire state and seceding from the union (“next time address us as `the country of Texas,’ ” goes the refrain.) And there’s the less militant “The Sun is Shining Down on Me in Texas,” in which the singer seems to prefer the Lone Star state because of the weather. Obnoxious as these are, the songs are catchy.

I hope Texas doesn’t secede from the union. I like living in the same country as Augie  Meyers. (This album is available at CD Baby, www.cdbaby.com/cd/augiemeyers.)

Here's a promo for the album