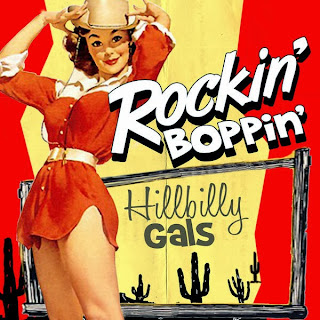 It's been several months since my last eMusic report and my inbox is full of angry emails demanding I get back on my monthly routine. (Actually, nobody has seemed to notice I'd stopped doing it. I guess I'm just posting this shows how obsessive I am.)

Anyway, I'm just going to give a quick glance at what I've downloaded in the past 3 or 4 months.

Naturally, I downloaded some of those excellent, bargain-priced compilations that eMusic is known for. 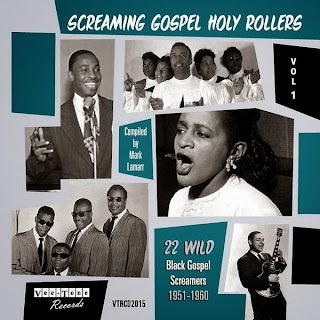 * Screaming Gospel Holy Rollers vol. 1. This just might be the most spirit-filled, tambourine-shaken', hallelujah-shoutin' old-time gospel collections I've ever come across. This music -- African-American gospel of the '40s and '50s -- truly is the spring from which rock and soul music flowed. And, yes, it was this collection that prompted me to include a wild gospel set on my recent Big Enchilada podcast Shout When the Spirit Says Shout.  Compiled by "Radio DJ and TV presenter" Mark Lamarr for the British Vee-Tone Records, this album features some gospel giants such as Marie Knight, the Famous Davis Sisters and the Blind Boys (both Archie Brownlee's group from Mississippi and their rivals, Clarence Fountain's group from Alabama), as well as several I've never heard of. Each track is tremendous And here's some great news: There's a Volume 2 of Screaming Gospel Holy Rollers.


* Rockin' Boppin' Hillbilly Gals. The title of this 40-track (!!) collection might be somewhat misleading. Whoever slapped this together -- and indeed, the album does have a slapdash feel -- has a bigger-tent definition of "hillbilly" than most of us. The "hillbilly gals" include country stars like Loretta Lynn, Rose Maddox and Kitty Wells; first-generation rockabilly fillies Wanda Jackson and Janis Martin; blues belters like Big Mama Thorton and Lucille Bogan; gospel great Clara Ward; and even an early jazz singers, Bertha "Chippie" Hill and Eva Taylor, both of whom sing on tracks with Louis Armstrong. With songs ranging from Bogan's "Shave 'em Dry" to Ward's "King Jesus is All I Need, " you can't say there's not variety here.


* Cool Town Bop. This is an international rockabilly revival collection from the early '90s. "International?" you ask. Indeed, there's Greek rockabilly, Dutch rockabilly, Swedish rockabilly, some token American rockabilly, a bunch of British rockabilly, and  my favorite Cannuckabilly, the late Ray Condo doing a song called "One Hand Loose." Condo is the only act I recognized here and his contribution probably is the best thing here, though I'm also fond of "Please I Wonder" by The Roomates, an English band, though it's more doo-wop than rockabilly. While there's no great revelations here, it's a good listen

I also downloaded these single-artist albums 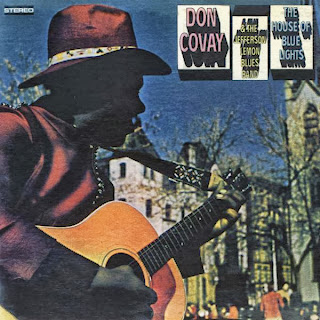 * House of Blue Lights by Don Covay & The Jefferson Lemon Blues Band. Did I say I was obsessive? Back when I was a freshman in college, (1971-72) I was listening to the KUNM blues show (It was on Wednesdsay nights back then too.) and decided to tape it. One of the songs I remember from that tape was "The Blues Don't Knock" by Don Covay. It wasn't your typical blues song. it was slow and dreamy and featured a flute, I lost that tape years ago, but a few months ago I started thinking about that song and with a few quick Googles I learned it was on this 1969 album, which is available on eMusic. And I'm happy I found it. Though he's best known as an R&B and soul artist, this is a stab at raw blues, backed by a rock band. Though I came for "The Blues Don't Knock," I stayed for the title song, a seven-minute-plus minor-key show-stopper about a guy whose life is ruined by a whore house. (There's a shorter reprise of the song at the end of the album that's nearly as intense.)

* Fire On the Bayou by Stephanie McDee. I'll admit it. I downloaded this because it has the original version of "Call the Police," which was covered by The Oblivians on their great comeback album Desperation earlier this year. McDee's music is a hopped-up zydeco hybrid with elements of hip-hop and techno. This album is less than a half-hour long and it gets pretty repetitive. But I bet it's great live. 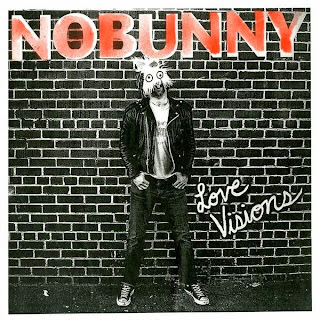 * Love Visions by Nobunny. Cwazy Wabbit! If he were more famous, singer/guitarist Justin Champlin would do for shopping mall Easter Bunnies what John Wayne Gacy did for clowns. And he should be more famous. Behind the ratty rabbit mask is a master of irresistible, hooky pop/punk songs. Just about all these songs will get you hopping.

* Live at the Fish Fry by Pocket FishRmen. This band of wild Texas punks started out in the mid '80s. They broke up around the turn of the century, but in recent years they've reunited at least once a year to host an annual charity show in Austin called "The Pocket FishRmen Fish Fry." This album, released in 2011, was recorded at one of those. It's full of frantic, foul-mouthed fun, including odes to Amy Carter, Santa Claus and Saddam Hussein.

* (The songs I didn't already have from) Blank Generation by Richard Hell & The Voidoids. The title song of this was one of the earliest and still one of the greatest punk anthems ever. While  no other song came close to "Blank Generation," the rest of the album is good. How can any band with Robert Quine on guitar be anything but? I love Hell's weird barking in "liars Beware." And I'm a complete sucker for the slow dance cover of the Sammy Cahn /James Van Heusen standard "All the Way." For punk/lounge music, it's matched only by Iggy Pop's version of "One for My Baby (and One More For the Road)."

* The Anti- Naturalists by The Voluptuous Horror of Karen Black. I downloaded this right after the death of Karen Black this summer. Black herself was a talented singer and songwriter, but, no, she wasn't part of this 1990s New York punk outfit that took her name and honored her voluptuous horror. VHKB, fronted by singer Kembra Pfahler, wasn't exactly groundbreaking, but this record showed they were a lot of fun. 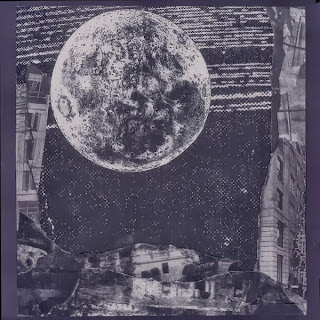 * Moon Sick by Thee Oh Sees. Back in May, I declared Thee Oh See's Floating Coffin as my likely choice for album of the year. Months have passed and I still feel that way. This four-song EP consists of outtakes from the Floating Coffin sessions. The first three songs, "Born in a Graveyard," (which starts off with some computer beeping right out of Wall of Voodoo's "Mexican Radio") "Sewer Fire" (one of the band's harder-edged tunes) and "Humans Be Swayed" would have fit in on Coffin. The more I listen to this EP, the more I'm impressed with "Humans Be Swayed," which starts off with slow droning, then bursts into a frantic, choppy rocker. The last song "Candy Clocks" is almost folk-rock. I continue to be amazed and infatuated by Thee Oh Sees.

* The Devil in Me by Big Foot Chester. I just downloaded this album a couple of days ago. It's raw, minimalist punk blues from a 1990s band led by Texas harmonica man Walter Daniels, who has played with some of my favorite musical acts including Hickoids, Buick MacKane and Eugene Chadbourne. I saw Daniels last year in Austin playing an acoustic set with guitarist John Schooley and banjoist Ralph White.

Several of the albums I got from eMusic in recent weeks ended up being reviewed in my weekly Terrell's Tuneup column. 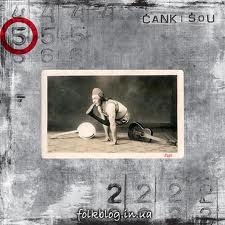 * Three Ty Wagner songs (who I'm looking forward to see this weekend in New Orleans at the Ponderosa Stomp.)
* "Blues in the Night" by Eydie Gorme. (R.I.P.)
* "Warmed Over Kisses" by Dave Edmunds. A nice dose of bluegrass-rock.
* Two songs from Nancy Sinatra's self-titled 2004 album (which since has disappeared from eMusic!) The best of these is "Ain't No Easy Way," which is funky duet with the mighty Jon Spencer. "Don't Let Him Waste Your Time" which is nice and pretty with Nancy singing disparagingly of "some skinny bitch in hotpants."
* Three songs from Other Voices by The Doors, the band's first post-Jim Morrison album. No Freudian pyscho-odysseys without ol' Jim. But these tunes, "I'm Horny, I'm Stoned," "Variety is the Spice of Life," and "In the Eye of the Sun" are just decent bluesy rock.)