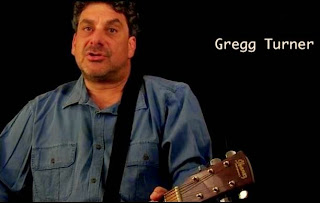 Brace yourself, Bridget, my Angry Samoan crony Gregg Turner has launched a new Kickstarter project for a new collection of songs that so far exist only in his troubled mind.

Only suitable to follow the last one: Plays The Hits. Lotsa catchy melodics ("Franz Kafka"), some Del Shannon-inspired doo-wops (I beg indulgence for the comparison), a Roky Erickson rocker or two (the "Stand For The Fire Demon"-ish "Kremlin Dog" as well as a cover of "I Walked With A Zombie") and even a kids' song called "Hide And Seek" with my 11-year old daughter Nico joining in on the chorus !  Hey - and whatever happened to Sheila Klein and Marsha Bronson, Lou Reed's graduating class of 1967? Check out "The Box" for what will be the "Gifted" iconic/sonic sequel update 48 years later (pushing the boundary of blasphemy, I know).

And yes, there's a new video featuring dramatic interpretations from the collection of weirdos I've dubbed the "Satan's Bride Players," including an Oscar-worthy (Oscar Meyer, that is) performance by ace thespian, ME. It's not only a cinematographic masterpiece, it's an incisive behind-the-scenes look at cutting-edge behavioral-health practices,

(Sorry it's not on Youtube, at least not yet, so you'll have to watch it on the Kickstarter site.)

So check it out, Unlike many crowd-funding scams you might have read about recently, this one's reasonable. $15 bucks get you a coy of the CD, expected to be released next summer. And bigger contributions gets you prizes (including a "personal harassing phone call" from the Mean Nurse you'll meet in the video. (Who looks a lot like Satan's Bride herself.)

Discaimer: I'm writing this post not in my usual role as critic, but as a cheap hustler for a pal. Since I'm involved in the video etc., any pretense of critical integrity here would be an insult to us all.
at December 08, 2014