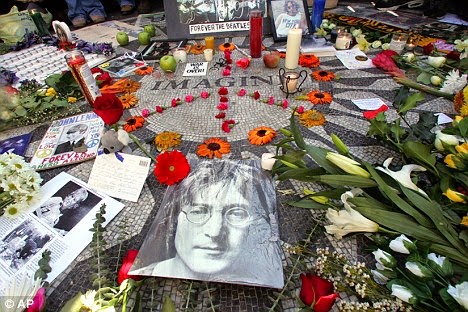 Thirty four years ago, Dec. 8, 1980, John Lennon was murdered by a crazed shithead with a gun.

I was in bed with my then wife, who at the time was eight months pregnant with a little human who would later turn out to be my beautiful daughter.

I cried. Spent the next day in weepy disbelief. That night I'd been scheduled to play on KUNM's Home of Happy Feet. I sang a very angry "Working Man's Hero" on the show.

I still get upset.

Here's a video of Loudon Wainwright singing his murder ballad inspired by the killing, "Not John."

Here's a radio report about the killing;