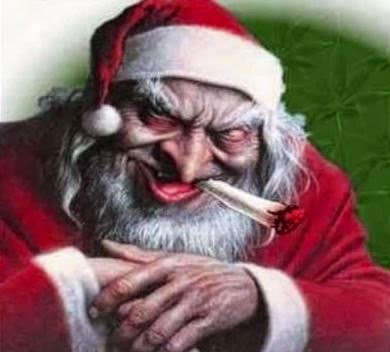 About 10 years ago, a colleague at KSFR turned me on to a cheerful little Christmas ditty that warmed my heart.

It was called "Even Squeaky Fromme Loves Christmas" and was sung by someone named The Rev. Glen Armstrong.

The song starts out, "When Jesus died for man's sins, he even died for Manson ..."

(It occurs to me that some of you youngsters might not be familiar with Ms. Fromme. Here, educate yourself ...)


A few Holiday seasons later, I discovered another Christmas song by Rev. Armstrong, "The Death of an Elf." It's a little darker than "Squeaky."


So who is this guy?

I found a 2007 post on WFMU's Beware the Blog that contains a bunch of his (non-Christmas songs) from a 1990 album and this information:

Detroit hipsters remember Glen best as the leader of The Dirty Clergy, a loose configuration that would show up at bars, poetry slams and art galleries to deliver a most peculiar blend of beat poetry, free jazz and 60's soul music. I myself remember one night in the late 80's where Glen and band took the stage at a huge poetry gathering down at Detroit's Old Miami, played a raucous set that ended with Glen performing Hamlet's famous solioquy to the tune of "Land of 1,000 Dances" and a medley of Tom Waits's "Singapore" and The Beatles's "Helter Skelter," (with Armstrong playing banjo, no less. If this performance was ever released or bootlegged, please contact me!) I saw the band a number of times at Union Street and even the Majestic, but some time in the 90's Glen seemed to simply vanish.

The blog implies that Armstrong fell off the face of the Earth. But I located a 2011 interview HERE.

The Rev. isn't the first to sing about Squeaky. It's not a Christmas song, but Loudon Wainwright III mentioned her in this classic:

Now that Squeaky's been out a few years, maybe Loudon should do a sequel.