WACKY WEDNESDAY: Words of Truth from the Rev. Billy 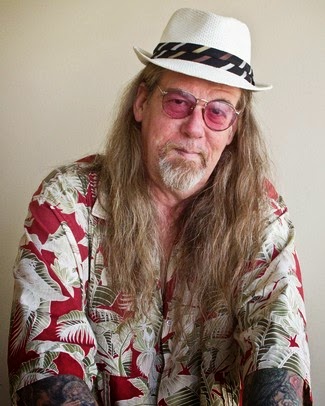 Back in the early '80s when I was trying to make it as a musician, I sometimes got compared with another singer with whom I wasn't familiar.

No, not Celine Dion. It was the Rev. Billy C. Wirtz, a South Carolina-born singer, piano player, comedian and true man of God.

I guess we had some similarities. Both of us sang funny, usually irreverent songs based in blues, country and primitive rock 'n' roll.

Both of us were played on the late, lamented KFAT radio in Gilroy, Calif.

Both of us had a perverse fascinations with Elvis, Satan and pro-wrestling.

Both of us have degrees in education. (He was a special ed teacher, while I never did find full-time employment as a teacher.)

But there were differences. I barely could strum a few chords, while Rev. Billy could actually play that piano. Hell, he was mentored by Sunnyland Slim himself.

Plus, Billy actually has landed paying gigs with pro wrestling!

So once I learned who Rev. Wirtz was, I was honored by the comparison. I took the compliment whether I deserved it or not.

And here's one of his best wrestling tunes:

I just learned that Rev. Billy and I have something else in common: He does a radio show. Rev. Billy's Rockin' Rhythm Revival airs on WMNF in Tampa, Fla. (Apparently it airs on KPIG, the heir to KFAT, also.)

And he's got a podcast version too. I'm listening to one at the moment where he sandwiched an Iron Butterfly song between Big Mama Thornton and Memphis Slim. In some places they call that "Freeform Weirdo Radio"! You can play that episode below: