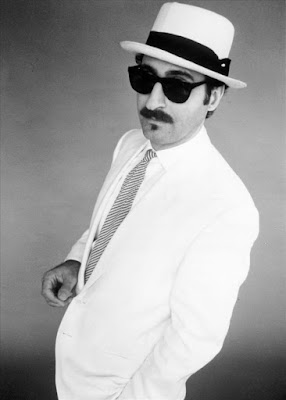 When Leon Redbone released his first album On the Track in 1975, it was as if he walked out of a time warp from some haunted vaudeville theater. With his natty white suit, Panama hat and ever-present sunglasses, he looked the part of a traveling songster from some forgotten era.

His arrangements were subtle, never cutesy. Every time I'd hear a Leon song on the radio, (yes, for awhile there in the mid '70s they'd actually play him on the rock stations -- probably because Bob Dylan had said nice things about him in Rolling Stone.

Earlier this year his website announced that Leon was retiring from recording and performing due to health reasons. So this might be a good time to pay tribute to him by taking a look and listen to some of the wonderful songs that I first heard through him.

Let's start with the title cut of one of Leon's early albums, Champagne Charlie. The song goes back to the mid 1800s, during the English music hall era. A singer named George Leybourne wrote the words while one Alfred Lee wrote the melody. But my favorite version was recorded by bluesman Blind Blake in 1932.


Here is another Redbone signature tune, which Fats Waller made famous in the 1930s:

This is a Leon favorite, "My Walking Stick," written by Irving Berlin and recorded by Ethel Merman in 1938:


Here's the title song of Leon's Christmas album, This early version is by The Andrews Sisters with the Guy Lombardo Orchestra.

And while we're at it, merry Christmas from Leon and Dr. John! 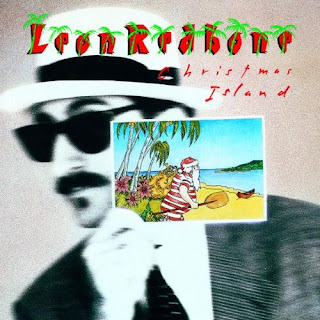