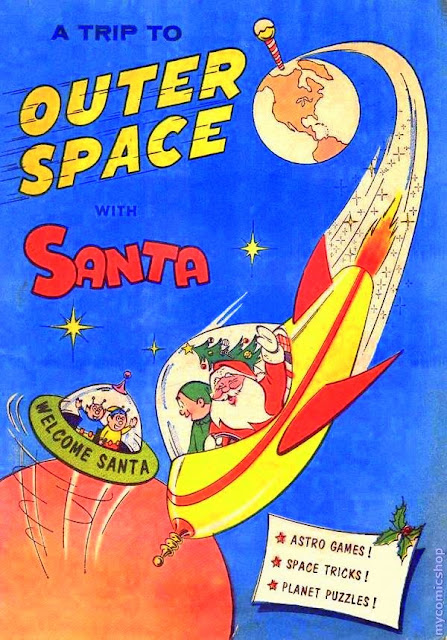 The idea of Santa Claus in Outer Space has been a twisted sub genre of popular Christmas music for decades now. It's not known exactly when Santa Claus began his space traveling. But The Lennon Sisters with Lawrence Welk's Little Band were singing about it by the late 1950s.


A disco-era Tiny Tim gave us a a Yuletide outer space tune. It rocketed to instant obscurity.

This next one is featured on my new Big Enchilada Christmas Special. It's by Bobby Helm, best known for "Rockin' Around the Christmas Tree." (Hat tip to my brother Jack)


Finally, here's the thrilling climax of Santa Claus Conquers The Martians, (I just realized that the title of that movie is itself a spoiler!) which ends in the classic Christmas song, "Hooray for Santa Claus."

And for all sorts of wacky Christmas songs, check out my Christmas Specials at The Big Enchilada Podcast. 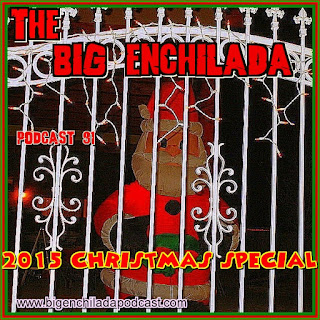