WACKY WEDNESDAY: How God Led Me to Kinky Friedman 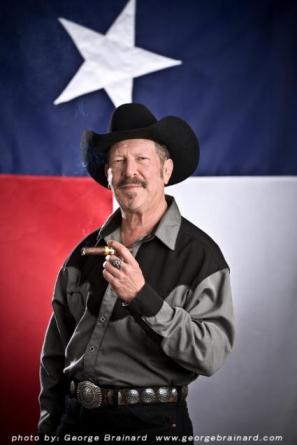 A couple of months before I ever heard Kinky's music, I learned about him from an article in a newspaper somebody had left in a little chapel that was part of a Methodist church in downtown Oklahoma City. That was on September 11 (!), 1973, back when I was doing  my first big hitchhiking trip. The chapel at that time was open 24 hours and turned out out to be a good place to crash for a new amateur hobo.

But the main thing I remember about my stay there was reading that article about this crazed Texan -- whose band was called "The Texas Jewboys" -- who sang songs with titles like "The Ballad of Charles Whitman," "Get Your Biscuits in the Oven and Your Buns in  the Bed" and "They Ain't Makin' Jews Like Jesus Anymore."

I knew I was going to love this guy. God must have wanted me to find Kinky or He wouldn't have left that newspaper in His chapel.

And a couple of decades later I was extremely honored to be asked to open for him at a couple of gigs (1992 and 1995) at Albuquerque's El Rey Theater.

Kinky's songs were pretty radical back in the early '70s. But the thing is, they're probably more radical today. If he were more famous, his combination of fearless irreverence, wicked dark humor and outright blasphemy would get him banned from many college campuses (he don't give one Texas hoot about your "safe places"), condemned by religious leaders and shunned by all polite society.

Here are the three songs that made my eyes pop when reading about them in that paper at that Methodist chapel.

Let's start with the song that earned him the National Organization of Women's Male Chauvinist of the Year award, "Get Your Biscuits in the Oven and Your Buns in the Bed."

Kinky uses all sorts of racial slurs in "They Ain't Makin' Jews Like Jesus Anymore." But remember, they're coming from the mouth of an idiot racist -- who in the end gets his just deserts from "one little Hebe from the Heart of Texas."

Kinky was a student at the University of Texas in Austin when Charles Whitman raised his ruckus in the belltower. "The Ballad of Charles Whitman" was recorded only six years after that violent tragedy.

And while looking for the above song, I stumbled across this little feature with the Kinkster talking about the Whiitman shootings. 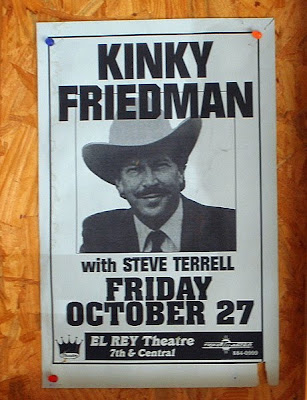