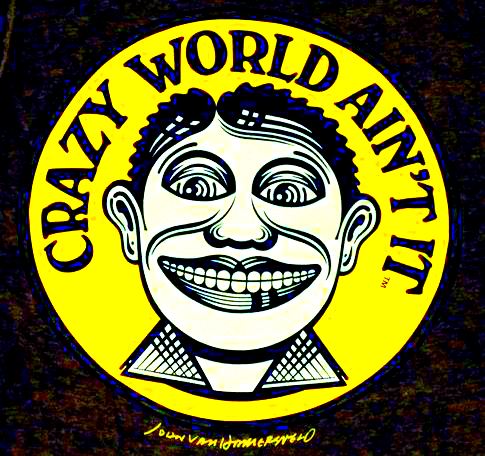 Here's a Wacky Wednesday in search of a theme.

I did this once before nearly a year ago, but I sure didn't use up the supply of weird music videos on Youtube. Here are some more.

Let's start out with a New Wave synth-pop nightmare, "Elektronik Supersonik" by Zlad!

I think this one is a joke. Or maybe, the joke is ON YOU!

It's then when the Hurdy Gurdy Man came singing songs of love ...

Ever wonder what the Bonanza theme sounded like in German? Well I don't care, I'm posting it anyway.

Ya like porkchops? Apparently so did Vincent Price. (Like the German "Bonanza," I found this among April Winchell's incomparable MP3 collection. April says it's created "using clips from Vincent Price cooking records.")


And to finish up, here's 20 minutes of a very drunk Hank Williams, "Recorded sometime in the late '90s, apparently, possibly in Kansas City," the poster says. To be honest, I haven't listened to the whole thing. Maybe you're braver than me.