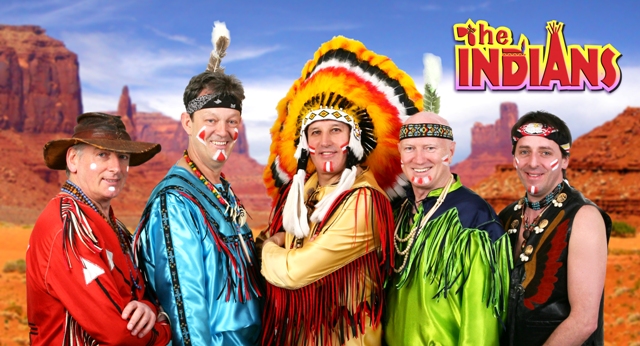 There's a weird tradition in country music of novelty songs about Native Americans. It goes back at least as far Bob Wills' "Cherokee Maiden" (written by Cindy Walker) in 1941. The tunes are full of racial stereotypes and basically devoid of actual Indian culture.

Except perhaps for "Cherokee Maiden" and Hank Williams' "Kaw Liga" (which was about a wooden cigar-store Indian), you don't hear many of these tunes today. While they weren't written or performed in a hateful way, most of them were pretty clueless.

But there was one band that enthusiastically embraced these old songs -- an Irish "show band" -- cover bands that played Ireland's ballroom circuit -- called The Indians.

For most of the '60s the Dublin-based band was a journeyman group known as The Casino. But in 1970s, on the verge of breaking up. A prospective manager suggested The Casino needed a fresh gimmick. He recommended the group start wearing war paint and dressing up in headdresses and buckskins -- a proto-Village People style, basically.

So they did all that and and started playing all those Native-themed novelty tunes (though these actually are just a small part of their repertoire.)

The Indians are still around today, though most the original members are long gone. And apparently they still love those dumb-ass novelty songs.

One of the greatest pseudo-native songs in history "Running Bear."

Here's The Indians' interpretation of Hank Thompson's "Squaws Along the Yukon"

This song didn't start out as an "Indian" song. 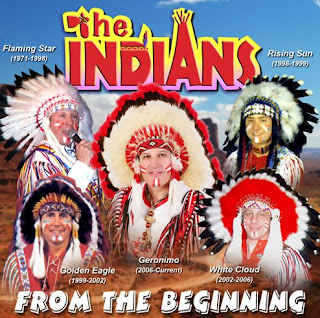