THROWBACK THURSDAY: In Celebration of June ... Lots of Junes! 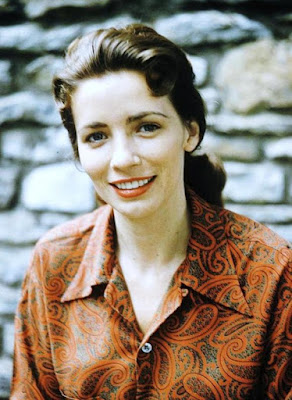 It's June 1 and what better time to show some appreciation for singers named June.

First let's start with June Allyson, a dancer, singer and actor born Eleanor Geisman in The Bronx in 1917.  In the 1940s she became known as "the girl next door." Here's a number called "When" from a movie called The Opposite Sex."

June Christy was another June who wasn't born a June. (She was born Shirley Luster in 1925) Christy's big break in show biz is when she landed the job as singer for Stan Kenton's band following the departure of Anita O'Day in 1945. Here's an appearance on High Hefner's first TV show, Playboy's Penthouse.


June Tabor is a wonderful British folk and pop singer. I first heard her in 1976 with Maddy Pryor on their album Silly Sisters. Here's a song she did with The Oysterband.

Valerie June Hockett, known professionally as just Valerie June probably is way too young to be part of Throwback Thursday. But much of her rootsy music hearkens back to the 20s and 30s. Here's a bluesy tune called "Workin' Woman Blues."

Finally here's my favorite June of all, the lovely June Carter, later known as June Carter Cash. Sometimes June is overshadowed by her own family. Her mom (and aunt and uncle) were The Carter Family, major pioneers of country music. And her husband was a guy named Johnny Cash. But in the 1950s, June had her own career, singing songs and performing sweet hillbilly comedy. Here's a heartache song, which follows some funning around with Marty Robbins on some TV show.