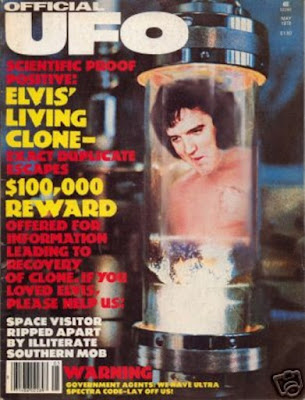 Before we existed the cloning began
The cloning of man and woman
When we're gone they'll live on, cloned endlessly
It's mandatory in heaven
For one brief shining moment, rock 'n' roll was overrun by renegade clones
Pat Benetar & Roger Capps

Maybe it was The Boys from Brazil, the 1976 novel by Ira Levin, turned in to a movie two years later, which was about Nazis cloning Adolf Hitler.

Or maybe it was the 1973 Woody Allen science fiction Sleeper, which involved a government plot to make a clone from the nose of the dictator. He had died in a rebel bombing and the nose was all that remained.

Or maybe it was the story -- suppressed by the lame-stream media -- about the clone of Elvis Presley, who escaped his mad scientist creators. (As far as I know, nobody ever claimed the $100,000 reward, so he's probably still out there.)

Whatever sparked it, from the mid '70s through the early '80s, the concept of human cloning was responsible for a bunch of rock, pop and funk songs.

Below are some of the best of these.

Let's start with the funkiest, George Clinton and Parliament, whose album, The Clones of Dr. Funkenstein set a high bar for the clone tunes that would follow. Here's the song "Children of Production."

In 1977 Now, the third album by the San Francisco proto-New Wave group The Tubes, included a song called "Cathy's Clone." None other than Captain Beefheart played sax on the track.

Cloning showed up on on Pat Benetar's 1979 debut album In the Heat of The Night in the form of "My Clone Sleeps Alone." Did Miss Pat foresee the eventual decline of clone rock? "No naughty clone ladies allowed in the '80s," she sang.

Alice Cooper had one of the last Clone Rock tunes, his 1980 single "Clones (We're All)," later to be covered by The Smashing Pumpkins.

And yes, in 1981 I made a little Cajun-flavored contribution to Clone Rock  ... 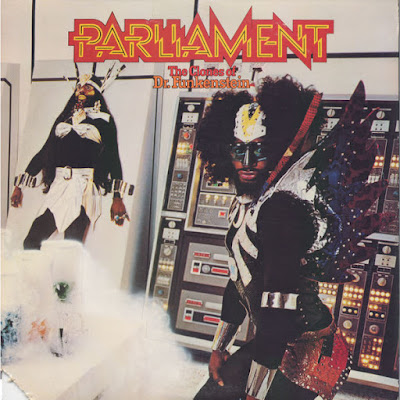