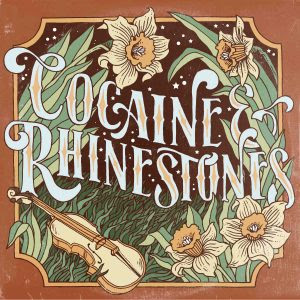 Near the end of each episode of Cocaine & Rhinestones, an impressive new podcast about the history of country music, host Tyler Mahan Coe asks listeners if they like the show to share it with just one person -- rather than sharing it on Facebook or Twitter. " ... mostly, I really would like to think that there are people out there having real world conversations about this show."

Well, OK. In the past couple of weeks I have shared individual episodes with a handful of friends and loved ones I think would appreciate them, just like I learned word of mouth from my country music fanatic friend Adam from Ohio.

But fuck it! This is my current favorite podcast (after my own of course), so I want to plaster it on my blog and post it on Facebook, Twitter and anywhere else I can think of. I love what Coe is doing here -- even when I disagree with him about some esoteric point.

Coe, who is the son of The Mysterious Rhinestone Cowboy, David Allen Coe, explains on the show's website what he's trying to accomplish:

You don’t have to know what it’s like to drive a tractor. You don’t need to have spent the last 20 years listening to nothing but Merle Haggard 8 tracks while sipping Pearl beer from a can in order to appreciate these incredible stories and this genius music.

You don’t need to “be country” to hear the truth about country.

The truth is that country music is wild and it is amazing because the people who made it were wild and they were amazing. Sometimes they went too far. Sometimes, the amazement we feel will not be the happy kind.

He's darn tootin' there. His episode on Spade Cooley is downright excruciating as Coe goes into deep gruesome detail about what western swing master Cooley did to his poor wife Ella Mae.
Yes, Cooley murdered his wife. But as Coe explains the word "murder" in this case is basically an euphemism.

Now, I don’t know how so many people are comfortable using a simple word like “murder” to sum up Spade Cooley’s actions on the day of his wife’s killing. This was not a domestic argument that got out of hand. Not an accident with a dangerous weapon. Not a so-called crime of passion. This wasn’t even an isolated incident. It was a savage and deliberate execution which many people had to have seen coming.

Says Coe, "If this episode doesn’t screw you up, you’re already screwed up."

Hear for yourself here: 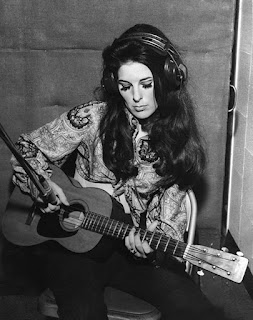 But not all the episodes are that dark. There are thoughtful deep dives into songs like Merle Haggard's "Okie From Muskogee" and "The Pill" by Loretta Lynn.

There are oral portraits of Ernest Tubb (who apparently was the nicest guy in country music -- except maybe on that night when he was arrested with a loaded he intended to use on the manager of the Grand Old Opry) as well as The Louvin Brothers (the latest episode, which I haven't heard yet.)

And there's the one I listened to yesterday, concerning Bobbi Gentry and why she became a recluse in the early '80s.

(Check that one out below)


So check out Cocaine & Rhinestones. And if you like it, tell one friend. ...

One thing I love about this podcast is the fact that Coe often turns us on to some great obscure songs somehow related to his subject at hand. For instance in the Loretta Lynn episode I learned of a great Jimmie Rodgers tune called "What's It" that like "The Pill" also faced censorship problems.

And in the Bobbie Gentry episode, Coe takes a side trip into the of Jim Ford, a singer-songwriter who at some point claimed that he, not Gentry, actually wrote "Ode to Billy Joe." Coe does a thorough job of demolishing that contention. But like Coe, I can't help but love some of Ford's songs. Here's one of his best, a southern soul stomper called "Harlan County.

Let's go out with a hit from Spade Cooley's band from 1945. Sorry, I couldn't find the name of the singer here.