Barely a year ago I had never heard of the duo known as The Ghost Wolves.

But after seeing them tear up the Red River Street dive known as the 720 Club Wednesday night with their unique brand of punk/blues/garage sounds, I feel like an over-zealous cult member bent on spreading the word.

Faithful readers should know I already was a fan. Their most recent album Texa$ Platinum was high in my Top 10 list for 2017

As I wrote in my review of that record:

The Austin couple of singer/guitarist Carley Wolf and her husband, drummer Jonathan Wolf, rock hard and wild with lyrics and song titles (“Attitude Problem,” “Whettin’ My Knife,” “Strychnine in My Lemonade”) that seem to seethe with vexation. And yet somehow listening to them only makes me grin.

But the cool thing was Carley was grinning even more. The lady has an infectious smile that serves to fortify her monster guitar playing.

And she doesn't even need all six strings to make her magic. On the last several songs, Carley played an electric guitar with only one string -- the low E string I think, though it might have been the A. I couldn't help but be reminded of Eddie "One-String" Jones, the mysterious Skid Row bluesman discovered in Los Angeles in 1960 whose amazing primitive music was documented on the album One-String Blues.

Speaking of energy, I'm about out mine. Stay tuned for tomorrow! 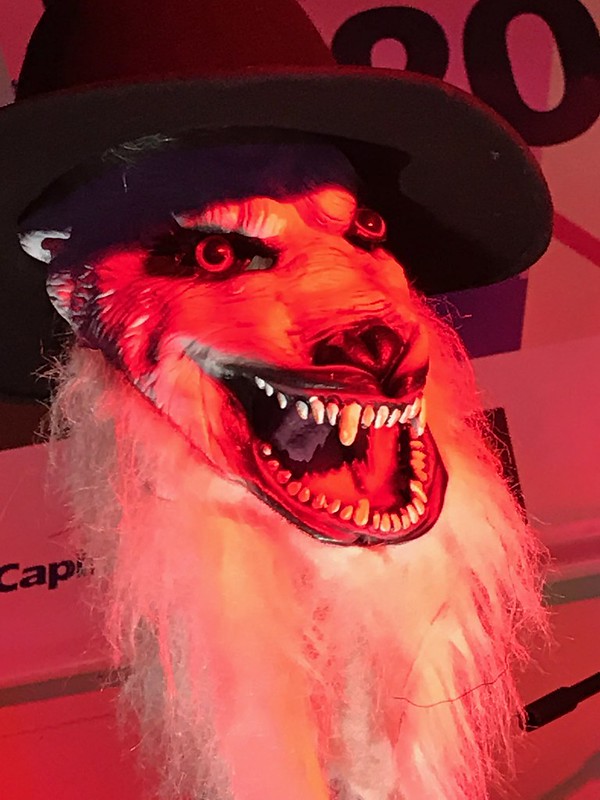