TERRELL'S TUNE-UP: Barrence Whitfield & The Savages and The Electric Mess

OnceA version of this was published in The Santa Fe New Mexican
March 16, 2018 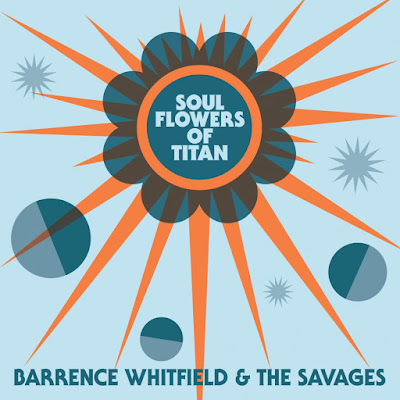 Once again, Barrence Whitfield and his savage band, The Savages, have hit another one out of the park. His new album, Soul Flowers of Titan, hits — seemingly effortlessly — that sweet spot between garage rock, R&B, soul, blues, and who-cares-what-you-call-it.

This is his fourth album since Whitfield reunited with original Savages Peter Greenberg (a New Mexico resident for nearly a decade) and Phil Lenker. And, even though the frontman is pushing sixty-three, there doesn’t seem to be any sign he’s slowing down. And, most important: This sound never gets old.

For those unfamiliar, the Florida-born Whitfield was working in a Boston record store in the early ’80s when he met up with guitarist Greenberg, a veteran of garage-punk bands like Lyres and DMZ. Barrence Whitfield and the Savages’ self-titled album was released in 1984. After a second record, the band broke up.

Whitfield kept recording until the mid-’90s (including a couple of country-folk flavored albums with Tom Russell). Then came the reunion with Greenberg and Lenker circa 2010 (the first reunion concerts were in Taos, Santa Fe, and Albuquerque). And the rest is — ongoing — history.

Hardcore Whitfield fans will notice some tweaks to the basic Savages sound — the band’s added a keyboard player, Brian Olive. And a couple of tracks feature a trumpet alongside regular sax man Tom Quartulli. But the additions seem natural. And the sound is still savage.

The album kicks off with a strong rocker called “Slowly Losing My Mind,” originally done by an obscure R&B group called Willie Wright & His Sparklers, who recorded it for the Federal label in 1960. I bet if Eric Burdon heard this, he’d say, “Damn, The Animals should have done this!” And there’s another Sparklers song on Soul Flowers, the nearly-as-raucous “I’m Going to Leave You.” 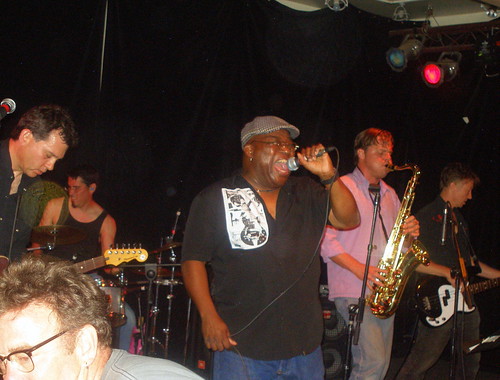 I liked the carefree “Let’s Go to Mars” when I first heard it. But I liked it about 10 times more after seeing the goofy, almost surreal video the group did for the song, which was written by Greenberg and Lenker. I won’t describe the whole thing, but I’ll just say the best part is when Greenberg performs a guitar solo inside Whitfield’s mouth. (You’d think it would be dark in there, but Greenberg’s wearing his sunglasses.)

Other highlights on Soul Flowers include “Adorable” (“I’m gonna get a gun/Just to shoot it at the sky”); “I Can’t Get No Ride,” originally done by Memphis soulman Finley Brown (and originally recorded by Whitfield on his 2009 solo album Raw, Raw, Rough); and “I’ll Be Home Someday,” an intense minor-key blues that was co-written by Hank Ballard of The Midnighters. (Speaking of whom, I’d love to hear Whitfield sing “Work With Me Annie.”)

But ask me on another day, and I might tell you the highlights of this album are “Sunshine Don’t Make the Sun” or “Tall, Black and Bitter” or “Edie Please” or the slow-burner called “Tingling.” Like just about all of Whitfield’s releases, Soul Flowers of Titan is a consistent work — consistently excellent. If I were going to Mars, I’d want to take my Whitfield albums with me for the trip. 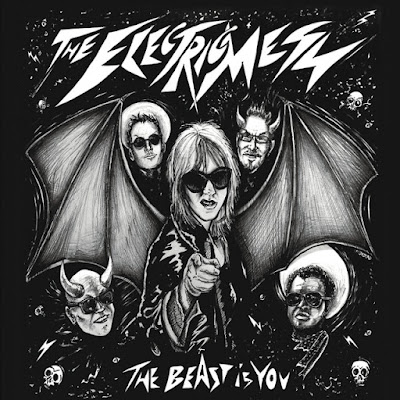 * The Beast Is You by The Electric Mess. Four years ago, when I reviewed House on Fire, the previous album by this Brooklyn band, I said, “Next time I review an Electric Mess album, I don’t want to talk about how undeservedly obscure this band is.”

So I won’t talk about that. Even though …

It took them nearly four years, but the Mess is back with another electrifying collection of 13 fast-and-furious neo-garage/quasi-psychedelic pounders.

With her raspy voice and audible sneer, singer Esther Crow (she’s apparently dropped her “Chip Fontaine” persona) sounds like she’s either perpetually outraged by or perhaps sardonically bemused by the world around her. On “I’m Gone,” she snarls, “Got no use for all your spiritual talk/All your positive vibes are really such a crock.”

And a few songs later, a tune called “You Can’t Hide” — my favorite cut on the album, at least so far — features a spoken-word segment where she says, “Like a wild dog in the night/I’m gonna sniff you out, baby.”

But while she sounds like the aggressor there, just a few seconds later, she’s saying, “Get off of me, you get off of me! Get off of me!” (That’s an especially surprising turn in a song that starts out, “Let me be your sloppy seconds, baby.”) [Author's Note: In a Facebook post yesterday Esther Crow herself said, "... the lyrics he refers to: "you get off of me!" Are really: "you can't hide from me!" So I remain the creepy aggressor after all!"]

And on another favorite, “Plastic Jack,” Crow confesses, “I’m a charlatan to the highest degree ... I’m a fraud, a phony ... a quack, a swindler, a deceiver, imposter, a backslider.”

While Ms. Crow is the undisputed star, she couldn’t do it without the rest of the band. The musical interplay between guitarist Dan Crow (Esther’s husband) and keyboardist Oweinama Biu continues to amaze and mystify, while the rhythm section of bass man Derek Davidson (who also writes a large share of the songs) and drummer Alan Camlet provide a solid, if frantic, foundation.

Though the group is a self-proclaimed “mess,” there is nothing slapdash about this tight little unit.

Here's that Barrence Whitfield video I mentioned above