It's still Wednesday, no? 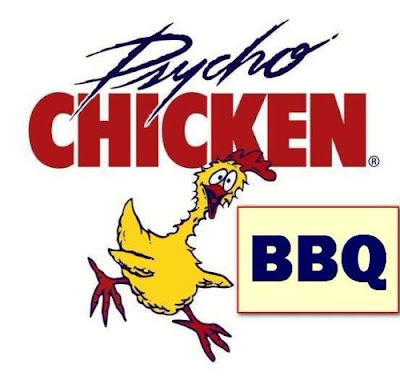 I was at a medical appointment this morning when it occurred to med that I hadn't posted this week's Throwback Thursday. A couple of seconds later I realized I hadn't posted Wacky Wednesday either.

Anywho, this week is kind of a sequel to a relative early Wacky Wednesday, in which I posted songs about ducks. Here's some equal time for chickens.

Let's start with the Louis Jordon classic :Ain't Nobody Here But Us Chickens."

Moving deep into the rock 'n' roll era here's "Psycho Chicken," a spoof of a Talking Heads song by a band called The Fools.

But nobody captured the essence of chickens better than the genius, Ray Stevens.

Throwback Thursday coming soon. Watch this blog!
at May 31, 2018