TERRELL'S TUNE-UP: The Jackets, Nots and Walking with The Giants

A version of this was published in The Santa Fe New Mexican
June 21, 2018 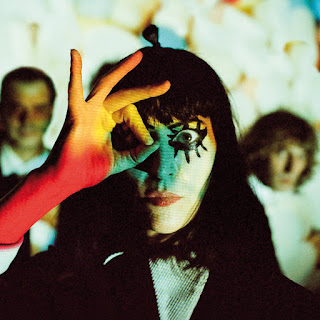 Queen of the Pill (Voodoo Rhythm), the new album by The Jackets, is good, strong, punked-up variations of that wonderful 1960s sound of teenage Americans trying to imitate British bands imitating African-American blues and soul. It’s raw and rowdy and full of fuzz and fury.

Singer Jackie Brutsche’s voice ranges from Weimar Republic diva to riot grrrl screamer. It’s such an important ingredient of The Jackets’ sound that sometimes a listener will forget that it’s her guitar — mostly thunderous, but sometimes sweet and slinky — that’s also driving the songs.

Standouts here include the frantic “Loser’s Lullaby”; “Steam Queen,” featuring some nasty blues licks from Brutsche’s guitar just under the fuzz; and “What About You,” with lyrics by drummer Chris Rosales, who also does his most ferocious drumming on this one.

But best of all is the slow-burning, mysterioso “Floating Alice,” which sounds like it sprang from a mutant exotica record by Esquivel! on a mescal and mushroom binge, perhaps. The lyrics deal with a lady astronaut helplessly floating off into outer space away from her lover. “The stars shine so bright as I’m getting lost / Slowly fading away, at any cost …” 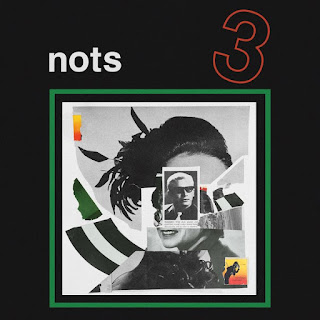 * 3 by Nots (Goner Records). This is an all-woman punk, or maybe post-punk — or maybe, who cares about such distinctions? — band from Memphis that I discovered back in 2016 with their second album Cosmetic.

At the time, I described the record as the most urgent-sounding music I’d heard in a long time. Their new album is not such a big surprise to me as the previous one. But the sound is no less urgent.

There are some notable changes since their last album. For instance, there are no seven-minute rock odysseys here. No track even reaches four minutes, which probably is a good thing.

More significant is the loss of Nots’ keyboard player, Alexandra Eastburn, who provided Pere Ubu-like synth bloops and bleeps. Instead, singer Natalie Hoffmann fills in on keyboards on several songs, providing enough psychedelic embellishments to remain true to their sound.

As was the case with Cosmetic, it’s not easy to follow the lyrics. But you can tell Hoffmann is upset about something on basically every song. Her singing is more like desperate chanting. The song titles alone — “Woman Alone,” “Surveillance Veil,” and “Far-Reaching Shadows” — paint a bleak, maybe paranoid picture, which is reinforced by the music.

They were three very different musicians, but one thing they had in common was that I met them all, exactly once.

I interviewed Redbone in July 1981 when I was freelancing for the Santa Fe Reporter, and he was playing the late lamented Golden Inn.

Ever since his first album in the mid-’70s, Redbone was notorious for refusing to give his real age or place of birth. So naturally, that was one of the first things I asked him about. “Oh no, I’ve always answered questions,” he told me, politely adding that he was 41 years old and from Shreveport, Louisiana. This was very early in my journalism career, and I just took him at his word and included that in my story.

Decades later, I learned that Redbone, whose real name was Dickran Gobalian, was born in 1949 on the island of Cyprus. Oh well, a lot of people have lied to me in interviews since, but none of them could sing “Shine on Harvest Moon” or “Champagne Charlie” like Leon did.

Two years later, I got to interview Dr. John at Club West in Santa Fe, also for the Reporter. I lived close to downtown then, so I walked to work that night. Just down the street from Club West, I passed The Forge, where saxophone great Eddie Harris was playing. I stood in the doorway to listen to a couple of his songs thinking, Dang! This is a hopping little town!

In our interview, Dr. John talked a lot about his hometown hoodoo. Voodoo in New Orleans, he said, “is more like the Masons than religion. To me, it was more like a fraternal brotherhood thing. Also, it worked for me like therapy. I never got into it full swing. If I had stuck with it, I would have become a different type of person to deal with than I am now.”

I never actually interviewed Erickson, but I met him in Austin in 1995, the first time I went to South by Southwest. He was supposed to do a book signing at a downtown BBQ joint, having just published a book for Henry Rollins’ publishing company. As I approached the restaurant, a bearded, disheveled guy who looked like a cross between a saint and a wino walked out the door. It was him!

“I know,” he said, shaking my hand. “You have any cigarettes?”

I didn’t but he still was friendly and chatty — and started bumming cigarettes from passersby as we talked in the parking lot. I learned that he had bolted the book signing after he started feeling claustrophobic inside. A few minutes later, a frustrated Rollins emerged from Ironworks BBQ, trying to coax Roky back inside. “You want me to get your iced tea, Roky?” he asked.

Finally, he got Roky to agree to get into a car and sign books there. Including one that I bought.


Roky walked with the zombie. Dr. John walked on golden splinters. And Leon never walked without his walking stick. I’ve walked with some giants, if only briefly. Rest in peace, Leon, Mac, and Roky.

Some videos for you

Here's Roky from just a couple of years ago

A litttle gris-gris from the Doctor

Without my walking stick, I'd go insane