A version of this was published in The Santa Fe New Mexican
Aug 16, 2019

I’d been aware of Eilen Jewell for a few years before I realized I actually liked her. She’d struck me as a decent, sweet-voiced songbird. You know the type: a waifish coffeehouse queen. I didn’t mind what I’d heard from her, but I didn’t pay her much mind. 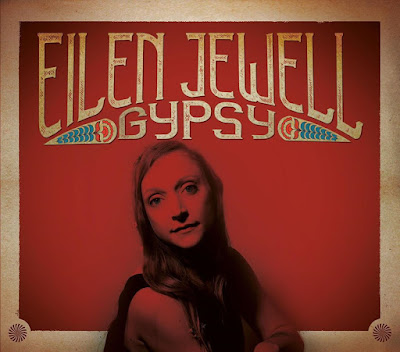 But then I heard her version of “Shakin’ All Over” from her 2009 album Sea of Tears. Yes, that “Shakin’ All Over”! This cute little singer-songwriter from Idaho was setting herself up for brutal comparisons with OG rockabillies Johnny Kidd & The Pirates, not to mention The Who.

And she pulled it off in her own earthy, understated way. It didn’t have the bombast of The Who, but it was obvious the lady had rock ’n’ roll down in her soul. It was then when I started listening seriously to her material, especially her original songs on that album and others, and found it alluring. And I began looking forward to Jewell’s new releases.

And this was before I even realized that she’s a former St. John’s College student who used to busk for tips at the Santa Fe Farmers’ Market.

Jewell’s impressive previous album, Down Hearted Blues, which consisted of old blues and hillbilly covers, made my 2017 Top 10 list. But her just-released, Gypsy (Signature Sounds) is even better.

The record starts out with a swampy rocker called “Crawl,” that surely makes the ghost of Tony Joe White smile. That’s followed by “Miles to Go,” one of the prettiest songs Jewell has ever done (which is saying a lot). The lilting intro to “Miles to Go” might remind you of Van Morrison’s “Into the Mystic.” It’s a sweet, yearning song of surviving life’s blows, even borrowing a line from Jesse Fuller’s “San Francisco Bay Blues”: “Ain’t got a nickel, ain’t got a lousy dime ...”

A couple of the finest moments on Gypsy are “You Cared Enough to Lie” (written by Idaho country singer Pinto Bennett and the only cover on the album) and her own “These Blues.” Both are credible hardcore honky-tonk shuffles, complete with fiddle by Katrina Nicolayeff and lap steel by Dave Manion, both Potato State pickers. Though Jewell’s never pretended to be an actual country singer, it’s obvious since she did a tasty Loretta Lynn tribute album, Butcher Holler, a few years ago that she truly loves the hillbilly music.

Jewell even tries her hand at protest songs with “79 Cents (The Meow Song),” a funny tune with singalong choruses that deals with sexism and economic disparity, in which she sings, “Don’t complain or they’ll call you insane/People call me left-wing swine.” And there’s a reference to the current commander-in-chief, who’s “grabbin’ us right in the meow.”

This whole album grabs me by the meow,

And I don’t even have a meow. 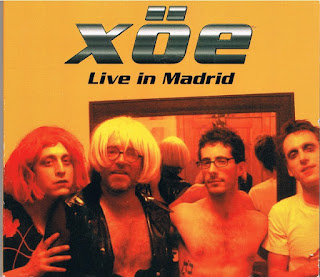 * Xoe Live in Madrid by Joe West (Frogville Records). Come, take a seat in my time machine, and let’s travel back to the forgotten time of 2010, when a young (well, he’s younger than me) Santa Fe singer named West released a concept album or rock opera — Xoe Fitzgerald: Time-Traveling Transvestite — telling the incredible story of an androgynous alien time-traveler who claimed to be the love child of David Bowie, conceived in New Mexico during the filming of The Man Who Fell to Earth.

In the summer of 1975, a bright light was seen falling into the hills south of Santa Fe, NM. Some claim it was a meteor. Others say that later they found a strange unearthly substance that appeared to be the remains of a flying vehicle. Shortly thereafter, a child was born to a young hippie girl who made her home in the old mining town.

After this spoken-word intro, West moved beyond the country rock in which he’s always excelled to a more glam-rock sound.

But even before West released Time-Traveling Transvestite, he and his band had been telling Xoe’s story in live performances. One of those, recorded in 2007 at the Mine Shaft Tavern in Madrid, New Mexico, has now emerged on CD for the world to rediscover Xoe.

Except for West, the band on the live album is completely different than the one on the first Xoe album. But most of the songs are the same, including “Frank’s Time-Travel Experiment,” the rip-roaring “Xoe’s Favorite Honky Tonk,” “I Got It All” (probably the hardest rocker West has ever done), and the sweet reincarnation tale “Butterfly.”

And both the cover songs from the 2010 album are here: “Laura,” which originally was recorded by The Scissor Sisters, an early-21st-century New York glam-rock band and, best of all, Bowie’s “Heroes.”

Some of the songs, such as “I Wanna Party (Like It’s 1985)” and “The Good-Time Kids,” are missing. I’m assuming they hadn’t been written yet in 2010, although if Xoe were truly a time traveler, that wouldn’t have been a problem.

And there are some recordings on the live album that didn’t make it on the 2010 cut, the best of which is “Black Car,” a tale of paranoia. And there’s “Robots of Rayleen,” which would appear on West’s 2008 children’s album, If the World Was Upside Down.

All in all, I have to say this music is timeless. And that’s how Xoe would have wanted it.

Here's the song that made me a fan