A version of this was published in The Santa Fe New Mexican
October 25, 2019 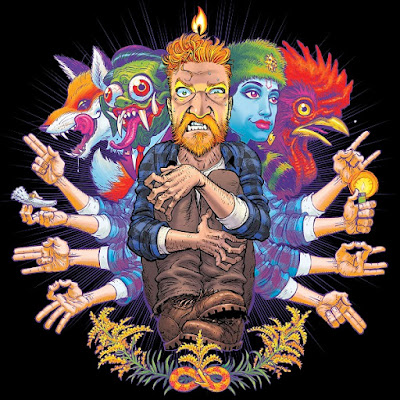 Right up there with Sturgill Simpson and Margo Price, Tyler Childers is at the top of my list of favorite country music discoveries in recent years. I became an unapologetic zealot about three-quarters through my first listen of his landmark 2017 album Purgatory. And the good news is that his new album, Country Squire (Hickman Holler) is even better.

Unfortunately, lots of folks who might like him probably haven’t heard of Tyler Childers. Here’s what you need to know:

He’s just a youngster, in his late 20s. He comes from Kentucky, which is also the case with Sturgill (who co-produced both this album as well as Purgatory) and Chris Stapleton — not to mention Bill Monroe, Loretta Lynn, John Prine, Dwight Yoakam, Ricky Skaggs, and many others.

And he plays country music. Basic, fiddle-and-steel country music, singing honest tales of life with a little sob in his voice and (I imagine) a little bourbon on his breath. The man can sing. He can pick that guitar. And he can write. Many of the themes in Childers’ lyrics traverse along well-trodden country themes — love of home and family; love and hate of life on the road as a touring troubadour; a working man’s sympathy for those toiling on the farms and in the mines; love for, and sometimes regret over, the sweet release of the metaphorical Saturday night; and sometimes, fear of sin’s cruel wages. Yet when Childers sings, it never sounds corny.

The title song, which kicks off the album, is about a hard-working guy who’s not only a musician, but also a dedicated family man trapping varmints to make a winter coat for the woman he loves.

Well tomorrow, we hit the country music highway/On our way to Circleville/We’re off to do some weekend warring/While we sing and drink our fill/And when I ain’t out playing on my six-string/With the nickels I acquire/I’m trying to fix her up a castle/It’s called the Country Squire.

That “castle” is an old “53-year-old camper” that he’s planning to refurbish for the missus. So much is packed into this song — the hard work, the hell-raising, the love, and the hope.

“Country Squire” is followed by “Bus Route,” a song of vivid childhood memories, in which we meet “the prettiest little girl,” who’s the object of Childers’ childhood crush.

(Spoiler alert: Years later she does.)

And we also meet Ray Dixon, the grouchy old bus driver who refused to take any lip from the unruly country kids he’s responsible for. ("All he needed was a glare in the mirror/And a paddle that he carved from pine …")

Moving away from straight country is “All Your’n,” which veers into Stax-era soul sounds — a nice reminder of the natural intersections between white and black Southern music. It sounds almost like some long-lost Dan Penn song.

One of my very favorites is the final track, “Matthew,” a fiddle-driven ode to Childers’ brother-in-law, an Iraq war veteran who now works the night shift, guarding “rusty missiles” at the Blue Grass Army Depot near Richmond, Kentucky. It’s also about Matthew’s dad, who raised his young ’uns right “on a little bit of scripture and an acreage of paradise.” The old man’s also a musician, and Childers compares his guitar picking to that of the late bluegrass great (and one-time member of The Byrds), Clarence White.

Not much really happens here. Despite the allusions to missiles and war (and a terrible logging accident that cost Matthew’s father a leg years ago), nobody gets killed or hurt during the course of the song. We hear of the family fishing, swapping tales, and telling lies. It’s just a sweet portrait of people Childers obviously loves.

Mister, this is country music! 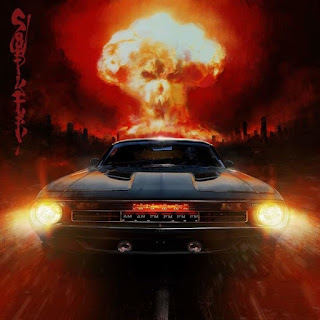 * Sound & Fury (Elektra) by Sturgill Simpson. I can’t decide whether I hate this album or kind of like it. But I can honestly say, mister, this ain’t country music.

In one of the later episodes of Ken Burns’ Country Music documentary series, someone — I forget who — makes the point that since early in the history of the genre there’s been a tension among artists who try to stretch the boundaries of country. Be it Jimmie Rodgers recording with Louis Armstrong, Bob Wills incorporating swing jazz, Chet Atkins and Billy Sherrill creating a smooth “countrypolitan” sound, or John Denver and Olivia Newton-John crashing the country charts in the 1970s — the tension has always been there.

Now Simpson, an adventurous artist whom I highly respect, would be the first to say that this new album (actually a soundtrack to an anime film) is not hillbilly music. It’s a loud sort of rock with screaming guitars and obnoxious synthesizers that sounds closer to prog rock.

I’m certainly not opposed to country artists testing the boundaries and trying weird stuff. Heck, I remember seeing a Crystal Gayle concert a few decades ago where her keyboardist played a crazy synthesizer on the classic hillbilly hit “Rocky Top,” and it sounded cool. And yes, there are a few catchy tunes here that perhaps I could learn to appreciate.

And I believe there are some good songs buried deep in some of the tunes. I just hope Simpson gets back to the country.


The official "All Your'n" video

And here's what Sturgill's up to ..