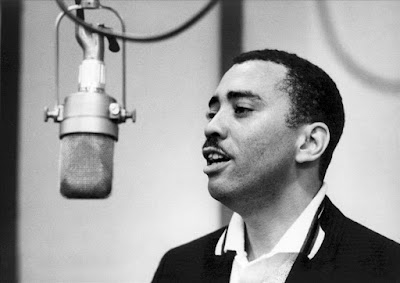 Though his 1960 album Sin & Soul was widely praised, and most if those songs resonate today, Brown never became the star he deserved to be.

Interest in his music was sparked back in 2016 by an unlikely source: one Donald J. Trump, who recited (badly) the lyrics to one of his songs, "The Snake," which was a soulful rewrite of an old Aesop's fable of a woman who found a snake who was dying. She took him in, nursed him back to health and the ungrateful damned thing bit her, saying (in Oscar's version), "You knew damned well I was a snake before you took me in."

In Trump's telling, the snake was a metaphor for Syrian refugees (that might have been changed to Mexicans in some of his versions) and the "tender woman"  represented foolish liberals who didn't recognize the inherent danger of brown strangers. Or something.

No, Trump isn't an Oscar Brown fan. He mistakenly credited the song to soul singer Al Wilson, who covered Brown's song in the '60s.

And a couple of years after he started using "The Snake," Brown's daughters rebuked the president.. "The elephant in the room is that Trump is the living embodiment of the snake that my father wrote about in that song," daughter Africa Brown said on CNN.

Here's the first one that grabbed my attention. "Mr. Kix" was covered a few years ago by Dave & Phil Alvin.

"The Work Song" was covered by both Nina Simon and The Animals (!)

Another favorite is "Hazel's Hips."

And here's the song that should inspire us to remember Oscar, not that other guy who likes to recite it.