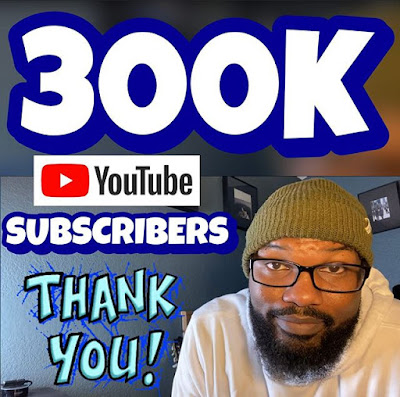 As usual for a Throwback Thursday post, this one features a bunch of videos with great old songs. But this time, neither the music itself isn't nor the story behind the songs isn't the actual point.

This is about a young man -- well, younger than me -- who has become something of a YouTube sensation for his reactions to various music videos, a Los Angeles native named Jamel Griffin, known to his YouTube fans as Jamel aka Jamal. He has a friendly smile, a curious spirit and an enthusiasm for music that's downright contagious.

He's not a music scholar, nor is he a celebrity scenester. You won't learn much about the history of a song or a band by watching his videos. He doesn't dispense deep critical insights. Nor will you pick up any news or gossip about any of the musicians in the videos. Jamel, in doing this project, seems to be giving himself an education by watching all kinds of music videos for the first time -- and we get to see his reactions.

And he says more with his big smile and a simple "Oooo ooo" or "Man!" in acknowledging a tasty guitar solo or poignant lyric than most of us critics can with hundreds of words.

Jamel's videos remind me of one of my favorite moments from the popular podcast Dolly Parton's America last year. In one episode, host Jad Abumrad and his producer delight in hearing the Loretta Lynn song “Fist City” for the first time. They're just amazed at Loretta's song. How could a woman get away with singing those lyrics in the 1960s? Some jaded old cynics may think, how can these kids be making this show about a country music giant when they aren't even familiar with "Fist City"? However, the unfettered joy of their discovery took me back to my wayward youth when I first discovered the song.

And that's how it is with Jamel. His videos that I've seen capture how a song affects his soul.

This is the first Jamel aka Jamal video I ever stumbled upon, Primus' crazy "Jerry Was a Race Car Driver."

While it seems the lion's share of the videos he reacts to are by classic rock bands, Jamel also has done a lot of country videos as well. Here he looks at Patsy Cline.

And here he looks at Charlie Pride, performing his biggest hit. When Charlie walks out to the stage, after being introduced by Marty Stuart, Jamel shouts, "Country!" as if he didn't realize that indeed Charlie Pride is a country music star. And the fact that African-Americans can succeed and excel in a style of music that typically isn't associated with Black people seriously touches him. "Music unites!" he declares.

Jamel is truly moved by Elvis Presley's "In the Ghetto." He talks about how it reminds him of his own difficult childhood in South Central Los Angeles.

And he seems absolutely devastated by the raw pain that Johnny Cash expressed so clearly on his cover of Nine Inch Nails' "Hurt."

Unlike most of his reaction videos, in which he considers songs he's never heard before, in this recent one, he pays tribute to Little Richard. It's obvious the late rock 'n' roll titan still amazes and excites Jamel -- as he does all of us who loved him.