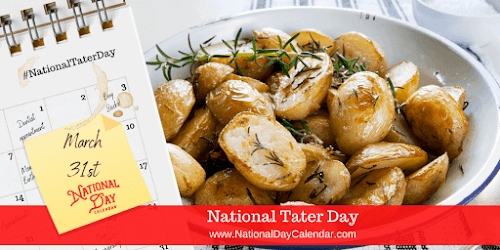 Happy National Tater Day! Here's a holiday that deserves more attention -- as well as more butter and sour cream.
National Tater Day has been celebrated since before the civil war according to holidayscalendar.com.
This holiday was first celebrated as simple Tater Day in Benton, Kentucky in 1843. It was originally a celebration of the spring season, and participants would come together to trade sweet potato “slips.” Potato slips at the time are what farmers called the slips that were used to grow potatoes. Eventually, this holiday morphed into one of the oldest continuous trade days in the entire U.S. On this day, participants would buy and sell livestock, tobacco, livestock, and yes, even potato slips. Over the years, this holiday also featured parades, floats, clowns, marching bands, and even vintage cars.

Oh to be a clown in a Tater Day parade!
Important note: Don't get National Tater Day confused with National Potato Day, Aug. 19. Play it safe. Celebrate both!
But to honor this noble tradition on this music blog, let's celebrate National Tater Day in song. Here's Dede Sharp with a tuberous tune from my youth. (It also can be played on National Gravy Day, if there is one.)

Around the same time in the early 60s, Joey Dee & The Starliters shared their recipe for "Hot Pastrami and Mashed Potatoes."
Here's Fats Waller with "All That Meat and No Potatoes." This culinary crime had Fats singing, "I'm steamin'. I'm really screamin'.  ..."

Devo loved their taters.
Tater Day in Kentucky originally was in honor of the sweet potato, which Kevin "Shinyribs" Russell calls "my favorite root vegetable."

The late New Mexico state Senator John Pinto used to sing a Navajo Potato song on the Senate floor at least once a year.
And I've been know to sing my own potato song
So Happy National Tater Day. Hope your party will never be a dud! 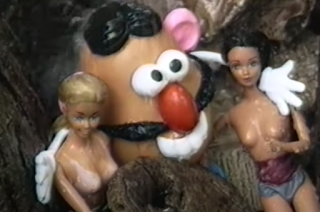