Revered Nashville songwriter Mickey Newbury was born on this day, May 19, in 1940. The Houston-born Newbury, who died in 2002,  "quietly altered the fabric of country music in the late Sixties and Seventies," according to his obituary in Rolling Stone.

The obituary also noted, "Newbury was best known for being unknown, a songwriter who wrote hits for Willie Nelson, Ray Charles, Jerry Lee Lewis, Joan Baez and numerous others, including “Just Dropped In (To See What Condition My Condition Was In),” the first hit single for Kenny Rogers and First Edition."

Besides Kenny's psychedelic dabbling with "Just Dropped In," (I prefer Mojo Nixon's version), my favorite Newbury songs include "She Even Woke Me Up to Say Goodbye" (Jerry Lee did that one best); and "Funny Familiar Forgotten Feelings," especially as sung by Tom Jones.

And though he was a fantastic songwriter, Newbury's probably most famous for his arrangement of three songs he didn't write, "Dixie," "The Battle Hymn of the Republic"  and "All My Trials." The medley is known as "American Trilogy." And it got to be famous through Elvis Presley's version. (Please see my discussion of this HERE.) 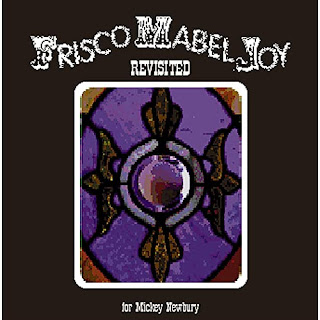 But before Elvis did it, "American Trilogy" was on a Newberry album called Frisco Mabel Joy, which Allmusic Guide describes as "an entire series of songs that talk of dislocation, emptiness, and endless searching through regret, remorse, and ultimately acceptance and resignation. "


But for this Throwback Thursday I'd like to look at versions of Newbury songs from an old tribute album produced by Peter Blackstock, founder of (and my old editor at No Depression magazine, and now a music writer at the Austin American Statesman) I have to admit that the first time I heard some of these songs were the takes on  Frisco Mabel Joy Revisited.

Let's start with a sweet tune from my friend, Gary Heffern, Newbury"s "The Future's Not What It Used to Be:"

Heff's friends, The Walkabouts contributed this song, "How Many Times (Must The Piper Be Paid For His Song)" to Frisco Mabel Joy Revisisted.

One of my favorite tracks on this album was Chuck Prophet's haunting "You're Not My Same Sweet Baby.":

The Mabel Joy tribute ended with a good version of this quasi-title song, sung by Kris Kristofferson. But I want to end this little blog post with the original 1971 version by Mickey himself.

Happy birthday, Mickey, wherever you are.