THROWBACK THURSDAY: I'll See You in My Dreams 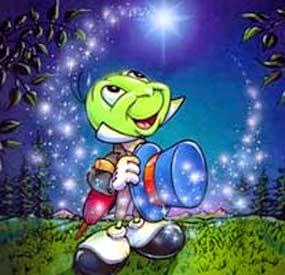 Back in the late '70s when local TV stations would actually shut down for a few hours at the end of the broadcast day, KOB TV in Albuquerque, following Tom Snyder's Tomorrow show for awhile signed off with a short music video.

The song was "I'll See You in My Dreams," a classic old crooner tune from the 1920s.  I don't know who performed the version used by Channel 4, but it featured a tenor crooning and cheesy skating-rink synth fills (mostly after the vocalist sang the word "dreams.")

This version skipped the (mostly forgotten) intro to the song and got straight to the verses:

The video consisted of various scenes in which a pair of woman's eyes would appear in the sky overhead.

For some reason, I became obsessed with the song as well as the cheaply-done video. I actually began looking forward to it and would refuse to turn off the television until it was over, often to my then-wife's consternation, ("Why do you like that stupid song?")

"I'll See You in My Dreams" was written by Isham Jones and lyricist Gus Kahn and published in 1924. Jones recorded it with the Ray Miller Orchestra (vocals by Frank Besinger) and had a number-one national hit with it the next year. Here's that version:

Lots of artists, well known and otherwise covered it. Louis Armstrong did an instrumental of it as did guitarist Django Reinhardt, who inspired a version by country artist Merle Travis.

My favorite take on this tune, however, goes back to 1930. That's the one by singer Cliff Edwards, also known as "Ukulele Ike." Even if you've never heard of Edwards, I'm almost certain you're very familiar with one of his songs. He was the voice of Jiminy Cricket in Walt Disney's Pinocchio in 1940. He sang "When You Wish Upon a Star."

So when you play the video below, imagine Disney's famous bug crooning it.

Although I can't imagine anyone replacing Edwards' "Dreams" as my favorite, some of my favorites have covered it. Bob Wills did a western-swing version, while Jerry Lee Lewis did a rocking instrumental. Leon Redbone, The Asylum Street Spankers and Dan Hicks (who injected it with some new lyrics, some scat-singing and hot guitar) all have felt the thrill of this song.

I did stumble across this lovely -- and I have to say, dreamy -- re-imagining by French-born singer Scarlett O'Hanna and Greek guitarist Panos Giannakakis from 2013:

See you in my dreams ...
For more on this song CLICK HERE