TERRELL'S TUNE-UP: Tributes to Ted and Lefty and other Fun New Music

A version of this was published in The Santa Fe New Mexican
December 18, 2015 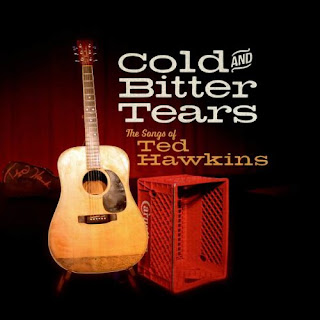 When I first heard about a tribute album in the works for Ted Hawkins, my reaction was, “About damn time!” And when I heard Cold and Bitter Tears: The Songs of Ted Hawkins, my two-word summation was, “Well done.”

Unfortunately, your reaction while reading this might be “Ted who?” So I guess I better give my Ted talk.

Hawkins was a busker — a street musician who did some of his best work singing for tips at Venice Beach. He was born in Mississippi, spent too much time in jail, and had a voice that sounded like a grittier version of Sam Cooke’s. He was discovered and rediscovered a couple of times by show-biz heavies. And he died just months after the release of his first major-label album.

Cold and Bitter Tears is mostly populated by alt-country singers, many of them from Texas. Like most tribute albums, most of the songs don’t compare — and shouldn’t be compared — with the original versions. But there are some real gems here.

Gruff-voiced Jon Dee Graham captures the spirit of “Strange Conversation,” while Sunny Sweeney, who I’d never heard before, makes you wonder why “Happy Hour” didn’t hit the country charts. And Shinyribs (Kev Russell of The Gourds) turns “Who Got My Natural Comb?” into a crazy soul rave-up.

Mary Gauthier nails “Sorry You’re Sick,” complete with slinky, swampy guitar. The refrain of this tune, “What do you want from the liquor store/Something sour or something sweet?” is jarring. After promising to do whatever it takes to heal a seriously ailing lover, the answer can be found at a liquor store? But as Gauthier recently told the Los Angeles Times, “There is nothing to me as heartbreaking or compelling as one addict’s compassion for another who is dying of addiction.” 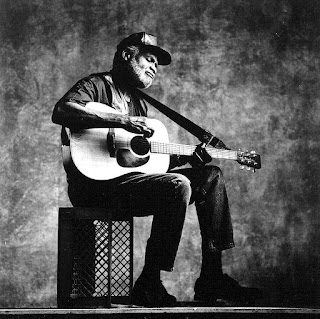 The finest track on this tribute is sung by Hawkins himself.

Judging by the tape hiss, “Great New Year” is from some long-lost homemade recording. It starts off as a typical nostalgic holiday tune, with the singer fantasizing about his family gathering around and the children opening presents just like the old days. But reality starts revealing itself with the singer confessing that this family scene probably won’t happen, and probably didn’t happen even in the good old days. Hawkins wonders if his kids even remember him and sings, “I was cruel, mean and selfish/I didn’t show no fatherly love./Now they’re all with their mother/Giving her all the love.”

Here's a video of Shnyribs, Sunny Sweeney, Tim Easton and Randy Weeks doing a live version of a Hawkins song. 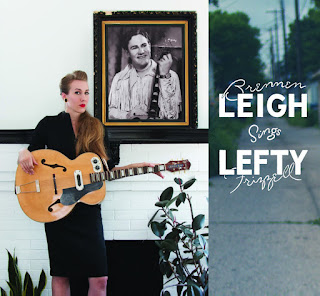 * Brennen Leigh Sings Lefty Frizzell. I’m most familiar with Texas songbird Brennen Leigh by way of a couple of duet albums with male singers — 2014’s excellent Before the World Was Made, which she performed with Noel McKay, and Holdin’ Our Own and Other Country Gold Duets, which she made in 2007 with Austin country crooner Jesse Dayton.

On her new album, Leigh has a silent partner, the late William Orville Frizzell, better known as “Lefty.”

She’s hardly the first to pay homage to this country music titan. Merle Haggard did a tribute album, as did Willie Nelson. This might be the first by a woman, however.

And if you’re familiar with her albums with McKay and Dayton, it should be no surprise that she stuck to a good, clean honky-tonk sound, which suits her sweet, sexy voice as much as it suits Frizzell’s songs. 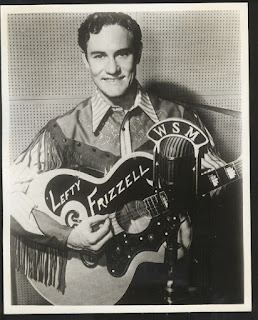 Leigh covers many of the lofty Lefty’s best-known songs — “Saginaw, Michigan,” “Mom and Dad’s Waltz,” etc. But my favorites are the lesser-known nuggets from the Lefty catalogue, songs like “Run ’Em Off,” “My Baby Is a Tramp,” and “What You Gonna Do, Leroy?”

Interesting fact: Lefty Frizzell served some time in New Mexico. At the age of nineteen he wrote one of his greatest songs, the first song on the Leigh tribute, “I Love You A Thousand Ways,” in 1947, while locked up in the Roswell jail on a statutory rape charge.

“The song was a plaintive apology to his wife, Alice, for his misdeeds,” musician Deke Dickerson wrote in his liner notes for a Frizzell box set on the Bear Family label


And, according to Dickerson, Lefty landed in the pokey only eight days after the fabled UFO crash near Roswell.

Coincidence? You tell me!

From the Roswell jail to Brennen Leigh ... 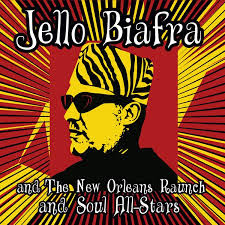 This is a live New Orleans concert by former Dead Kennedys frontman Biafra that reportedly was done on a dare.

Teaming up with a rootsy but raucous band (including a horn section), the West Coast punk lord blasts his way through a bunch of Big Easy R & B classics including “Ooh-Poo-Pah-Doo,” “Mother-in-Law” and “Working in a Coal Mine.”

Jello puts his stamp on Rockin’ Sidney’s zydeco anthem, “(Don’t Mess With) My Toot Toot,” does an intense version of “House of the Rising Sun,” and pays tribute to the late Alex Chilton, a New Orleans resident, with “Bangkok.”

My favorites include a properly spooky, near-13-minute version of Dr. John’s hoodoo-soaked masterpiece “I Walk on Guilded Splinters” and a wild romp through “Judy in Disguise (With Glasses),” originally done by John Fred & His Playboy Band.

The whole album is downright insane. And I can’t get enough of it. 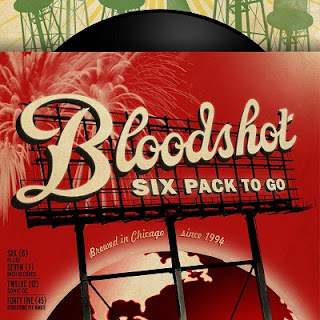 * Bloodshot Six Pack to Go: Working Songs for the Drinking Class. Speaking of The Dead Kennedys, there is a dandy DK cover on this new Bloodshot Records compilation.

Elizabeth Cook does a countrified take on the Kennedys’ signature “Too Drunk to Fuck.” It’s a beautiful thing.

And in another salute to a West Coast punk band, banjo picker Al Scorch does a crazy version of  Black Flag's “Six Pack."

There also are songs by Texas honky-tonker Dale Watson, Banditos, Bobby Bare Jr. and a creditable cover of The Pogues’ “If I Should Fall from the Grace of God” by Deer Tick.

The compilation is available as seven 7-inch vinyl records or as digital downloads.