THROWBACK THURSDAY: A Great Song About a Great American Road 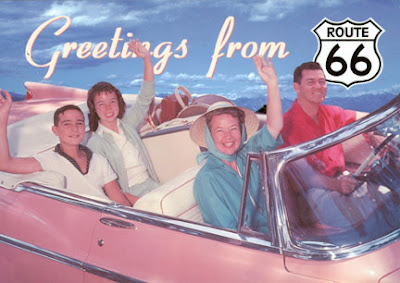 Venerable old Route 66 undoubtedly inspired more music than any other ribbon of asphalt built in the last century.

Although there have been several songs written about that highway, most of these have been overshadowed by the mother song of the Mother Road, Bobby Troups' ``Get Your Kicks On Route 66.''

Troup, a jazz musician married to the late singer Julie London, wrote the song in 1946, traveling down the road on a trip west. Much of the lyrics are a simple recital of towns along the highway.

Here's a version by the songwriter

But he was hardly the last to record it.

Route 66 historian David Kammer, who lives in Albuquerque said in 2001 that he was aware of more than 120 different versions of the song.

Here are some of those, starting with The Stones

Wayne Hancock takes it to the country

The late Buckwheat Zydeco did it

The Cramps kindly kept it sleazy.

Here's a take by a Japanese blues band

And then there's this by Tom Trusnovic & Monkeyshines