THROWBACK THURSDAY: Janet Reno and her Songs of America 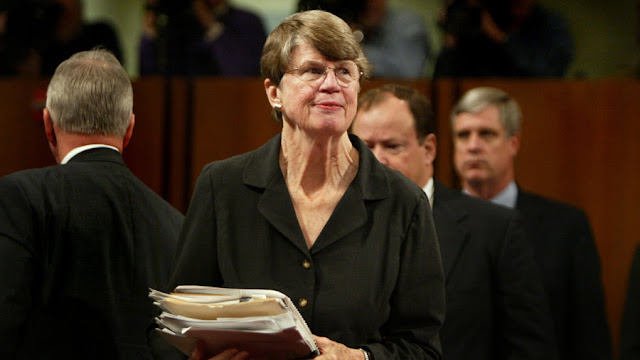 I didn't know former Attorney General Janet Reno. But I know her niece Jane and Jane's husband Ed. And I learned about her death this week via a sweet eulogy to her that Ed posted on his Facebook page Monday.

Reading Ed's tribute reminded me of this a cool music project that Reno had envisioned and Ed, a musician in Nashville, co-produced. Released in early 2008, the double-disc collection was called Song of America.

And it was, in the words of a wise old journalist, "a big, old, various-artist collection of songs outlining the strange and complicated history of this great land — both the official version and various alternate views that go beyond the wars, political campaigns, and other stuff they teach in school. There are patriotic tunes, protest songs, musical re-tellings of historic events, and songs about changes in our society."

Below is  a Good Morning America feature on Song for America.

Below are a few tracks from Song of America.

This one, by Suzy Bogus, is really snazzy!

And here is a rocking version of a Johnny Cash song, "Apache Tears" by Scott kempner, formerly pf The Dictators and The Del-Lords

So rest in peace, Janet Reno. Thank you for your song.