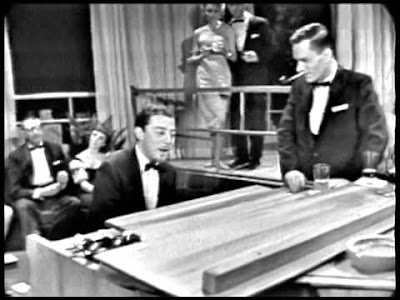 People bought it for the articles.

But in addition to playing an important role in the Sexual Revolution, Hefner also was responsible for bringing some great music to television. In 1959 he launched a syndicated show called Playboy's Penthouse. Though the set was made to look like Hefner's own swinging pad, it actually was a studio at Chicago's WBKB.

Here's something cool: It's June Christy singing "Something Cool" at Hef's request.

Playboy's Penthouse only lasted two years. But by the end of the '60s, Hefner began hosting a second syndicated TV show. This one was called Playboy After Dark. (By then there was a rival magazine called Penthouse, So Playboy's Penthouse would have sounded like "Time's Newsweek.")  Hef hosted with his then girlfriend Barbie Benton by his side. I forget which Albuquerque station carried it, but I saw many episodes on late Saturday nights.

The second show was in color -- just like Marilyn Monroe. And while there were some guests like Buddy Rich and Sammy Davis, Jr. However, this show was far more rock 'n' roll oriented when it came to musical guests.

Here's a show with Ike & Tina Turner. (Dig Ike's hair!) And right after the 13 minute mark, the Ragin' Cajun, Doug Kershaw, comes out to play some fiddle with Ike & Tina on "Honky Tonk Women."

And here are a couple of songs by Canned Heat -- and an interview with Bob "The Bear" Hite talking about his vast collection of 78s.

The theme song for both shows was by Cy Coleman, (who also co-wrote the song "Witchcraft." 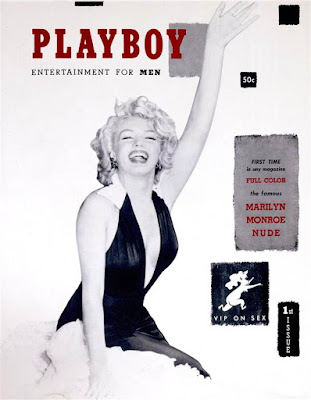