A version of this was published in The Santa Fe New Mexican
June 16, 2017

This week I’m looking at a recently released album by one of my favorite new artists of the past few years as well as one by a guy whose music I’ve enjoyed for nearly 60 years. I’m talking about Benjamin Booker — age twenty-seven, for those keeping score at home — and the mighty Dion DiMucci, who will turn seventy-eight next month. 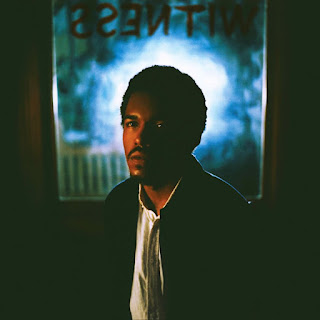 Three years ago, Booker’s rocking self-titled debut album was one of the most exciting records I’d heard in years. His record company had hyped the album as a cross between the dark punk-blues of Gun Club, the Mississippi gospel of Blind Willie Johnson, and the crunching glam-rock of T-Rex.

But it wasn’t only that. “I was just a music lover who wondered what it would sound like if Otis Redding strapped on a guitar and played in a punk band,” Booker told NPR a couple of years ago. And dang if that’s not what he sounds like.

His first album was so good that I almost dreaded hearing the follow-up. How could the kid possibly top that album? How could Booker possibly avoid the dreaded sophomore slump?

Now the wait is over. Booker’s new one, Witness, is here. And, while it’s not nearly as head-turning as his first, it would be wrong to call the new record a slump or a setback. The late Richie Havens had a sweet and wise song called “Younger Men Grow Older,” and indeed, Booker seems to have grown in the past three years. Witness shows the effects of maturity on this artist. Not only are the lyrics more pointed, more socially aware, but the music shows a willingness to experiment and explore, with the end result even more grounded in gospel and soul music.

No, Booker hasn’t forgotten how to rock. The album opens with “Right On You,” which could go blow-for-blow with the wildest tunes on the first album. “Off the Ground” starts off deceptively mellow, with Booker singing gently over an acoustic guitar and piano for about a minute before suddenly shifting into a full-throttle rocking rage. And the album ends with the frantic “All Was Well,” in which Booker borrows freely from Rev. Gary Davis’ “Samson & Delilah.” (“If I had my way, I would tear this building down.”)

But this album is bound to be better remembered for the slower, more gospel-soaked songs like “Believe,” in which Booker sings, “I just want to believe in something/I don’t care if it’s right or wrong.” One of my favorites is “The Slow Drag Under,” a funky tune with a swampy guitar. It almost could be a Prince song. I suspect this and “Truth Is Heavy” have their psychic roots in Prince’s Sign O’ The Times.

The title tune features guest background vocals by none other than Mavis Staples, the living embodiment of soul and gospel music. It was inspired not only by police killings and white nationalist violence of recent years but also by a personal incident in Mexico, where Booker was shoved around by locals who, as a Mexican friend explained to him, “don’t like people who aren’t from here.”

Booker sings, “Right now we could use a little pick-me-up/Seems like the whole damn nation’s trying to take us down/When your brother’s dying/Mother’s crying/TV’s lying.”

This album might be the closest thing to Marvin Gaye’s landmark album What’s Going On that we’ve heard in years. 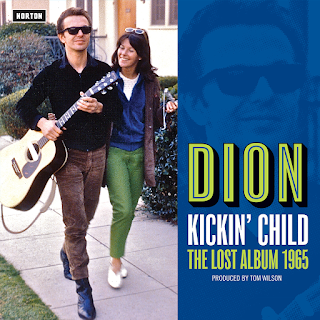 Speaking of musicians in transition, that certainly was the case of the venerated rocker Dion in the mid-’60s. Norton Records has just released his “lost” album of 1965, Kickin’ Child.

Here’s a man who started off literally singing on New York street corners with his doo-wop group, the Belmonts. Dion knew exactly how it hurt to be a teenager in love, and he had the hit single in the late ’50s to prove it.

Then, going solo in the early ’60s, he was responsible for three of the toughest songs of the era: “Ruby Baby,” “Runaround Sue,” and, most bitchen of all, “The Wanderer.”

His record label, Columbia, had other plans for Dion. They saw this handsome Italian singer as some kind of lounge singer, a potential monster of easy listening.

But Dion wouldn’t go for that. He’d developed a love for the music of Bob Dylan and a friendship with Columbia producer Tom Wilson, who was responsible for Dylan’s Bringing It All Back Home. Wilson agreed to produce an album by Dion and his new band, The Wanderers.

But Columbia wasn’t quite sure what to do with the album. The company released a few singles, including the title song, and through the years, some of the songs have dribbled out on various Dion compilations. But the actual album was shelved, never released for public consumption until now.

Have I mentioned lately how much I hate the music industry?

The aura of Dylan and folk-rock in general are palpable here. There are three Dylan songs on the record. One is a passable cover of “It’s All Over Now, Baby Blue.” Then there’s “Farewell,” an obscure one from the early ’60s. But I prefer the tracks that eschew the jangly, Byrdsy sound in favor of a harder-edged Highway 61 Revisited blues-rock sound.

By far the best Dylan song is another obscure one, “Baby, I’m in the Mood for You,” which Dion makes his own. And even better than that is a Dion original, “Two-Ton Feather.” That one plus the title song are the best examples of Dylan’s influence on Dion’s songwriting and The Wanderers’ sound.

But that’s not to say the more folkie style doesn’t suit Dion well. He sang another song here written by a major ’60s folk-scene figure. “I Can’t Help But Wonder Where I’m Bound” is one of singer Tom Paxton’s greatest songs. And Dion rips into the heart of it with his emotional performance.

Let there be video!

But young Benjamin stills knows how to rock