A version of this was published in The Santa Fe New Mexican
June 30, 2017 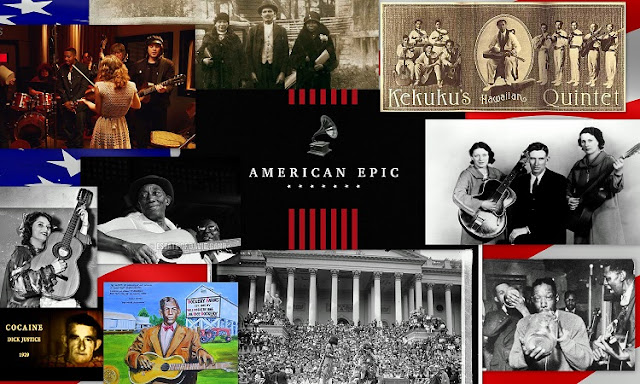 Back during the height of Watergate, Paul Simon sang, “We come in the age’s most uncertain hour to sing an American tune.”

We’ve had lots of uncertain hours since then, and I still find strength in those American tunes, the old creaky blues, gospel, hillbilly, jug-band records, those crazy songs of joy, wry humor, and simple wisdom sung by people living in severe poverty in isolated regions, in an era of harsh injustice and racial apartheid.

I find comfort in those weird musical stories of horrible murders, of hopping trains, of hopeless drunks finding the Lord, of spooky old pines where the sun never shines, of carefree ducks diving into rivers of whiskey.

So during this uncertain, tense, and violent era I was heartened in recent weeks when PBS presented American Epic, its excellent documentary series about the dawn of the American recording industry in the mid-1920s, when record companies sent talent scouts to scour the hills, hollers, and honky-tonks of the South to find musicians that the folks in rural America could relate to.

The series, directed by British filmmaker Bernard MacMahon and narrated by Robert Redford, focuses on a handful of greats like the Carter Family, Mississippi John Hurt (a sweet, gentle spirit who is one of my major musical heroes), blues pioneer Charlie Patton, and South Carolina gospel singer and preacher Elder J.E. Burch — whose parishioners included the young Dizzy Gillespie. 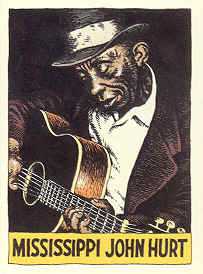 American Epic features three episodes of musical history, plus one called “The American Epic Sessions,” which consists of performances of (mostly) old songs by contemporary artists including Alabama Shakes, Taj Mahal, Los Lobos, Beck, Willie Nelson with the late Merle Haggard, and more. These tunes were recorded on an old pulley-driven Western Electric Scully lathe, the kind that the record companies hauled around to record the immortals in the ’20s and ’30s. Throughout “Sessions,” the directors show a near cargo-cult fascination with this Rube Goldberg-like device.

Though the South is the main focus of American Epic, there are also excursions into the West. There is a segment on Tejano music queen Lydia Mendoza and a trip to Hawaii, where we hear the story of Joseph Kekuku, the man who invented the steel guitar.

And there is a segment on Hopi music, telling the story of how racist religious nuts in Congress sought to ban the tribe’s Snake Dance, calling the Hopi religion “a weird cult” after unauthorized film footage of the dance — which had been attended years before in Arizona by President Theodore Roosevelt — leaked out. In response, a group of Hopi religious leaders went to Washington, D.C., in 1926 to perform the Snake Dance for a crowd of dignitaries on the steps of the U.S. Capitol. They also recorded several songs for RCA Victor. 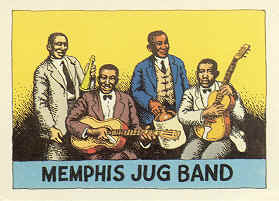 Being a jug-band fanatic, my favorite segment deals with the Memphis Jug Band, led by Will Shade. At one point the rapper Nas talks about the similarities between hip-hop and jug-band music. “These guys are talking about carrying guns, shooting something, protecting their honor, chasing after some woman who’s done them dirty.” Nas, backed by an acoustic band led by Jack White, performs a version of the Memphis Jug Band’s “On the Road Again” in the “Sessions” episode.

Sony has released nine American Epic albums, including a single-disc soundtrack of the artists covered, a five-disc box set, a “Sessions” soundtrack by modern musicians, and several for individual artists and genres. Critic Robert Christgau recently joked — was he joking? — that “American Epic is a Sony plot to poach/rescue the American folk music franchise from the Smithsonian and the great Harry Smith.”

Most of this music is available on other compilations. Here are some other great American roots-music collections:


* Anthology of American Folk Music. The fabulously eccentric Harry Smith compiled this collection in 1952 from old 78 rpm records in his personal collection. The 84 songs — blues, hillbilly, Cajun, gospel — originally were recorded between 1927 and 1932. Among the artists included are Mississippi John Hurt, Charlie Patton, the Carter Family, Dock Boggs, Blind Willie Johnson, Rev. J.M. Gates, Blind Lemon Jefferson, and Uncle Dave Macon. Keep in mind, the anthology came about in 1952, back when only a few academics and the most obsessive record collectors knew who any of these people were.

* The Bristol Sessions. The first episode of American Epic tells the story of RCA talent scout Ralph Peer setting up a makeshift recording studio in an old furniture store in Bristol, Tennessee, in 1927 and striking gold. Among those he attracted to Bristol were the Carter Family and Jimmie Rodgers. Also among the Bristol bunch were West Virginia bard Blind Alfred Reed, Ernest Stoneman, and the Tenneva Ramblers, whose song “The Longest Train I Ever Saw” would in subsequent years be handed back and forth among black bluesmen and white hillbilly and bluegrass singers under various titles (“In the Pines,” “Black Girl”). It would re-emerge in the 1990s as Nirvana’s “Where Did You Sleep Last Night.” (There are a few versions of this collection available ranging from a single disc to a five-disc box.) 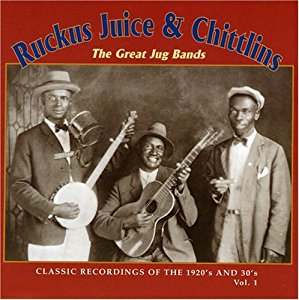 * My Rough and Rowdy Ways: Badman Ballads & Hellraising Songs, Classic Recordings From the 1920s and ’30s. This is my second-favorite two-disc collection from Yazoo. The subtitle says it all. It’s a bunch of great hellraising blues and hillbilly songs about sex, booze, drugs (Dick Justice’s “Cocaine” kicks off Vol. 2), gambling, and murderers — from Stack-O-Lee to Billy the Kid to the psycho who killed Pretty Polly.

I did a quick Throwback Thursday blog post on American Epic a few weeks ago, including a few videos. You can see that HERE.

Here are some more videos, starting with The Memphis Jug Band

Was Donald Trump thinking about Lydia Mendoza's classic song when he spoke of "bad hombres" crossing our borders?