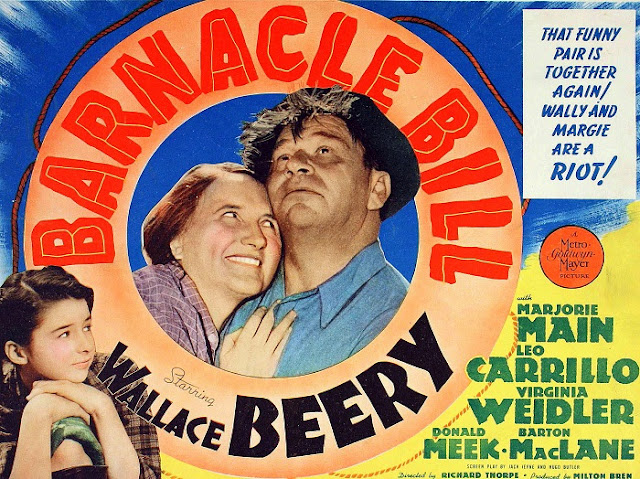 So to honor the world's oceans, here are a bunch of sea shanties, pirate songs and other salty songs of the sea.

Let's start with one that Popeye used to like, "Blow the Man Down" as performed by the Robert Shaw Chorale

Here is a classic shantie called "Haul Away Joe," done a Capella by a contemporary Irish group called The Eskies. I'm not sure why the lead singer shouts "Timmy!" at the end of each version, I don't think it has anything to do with Southpark. (The Clancy Brothers do it too.)

Here's an archetypal pirate song, "Fifteen  Men on a Dead Man's Chest" as performed by  The Roger Wagner Chorale. This song originally came from Robert Lewis Stevenson's novel Treasure Island in 1883, Stevenson only wrote the chorus:

But in 1891, Kentucky journalist Young Ewing Allison expanded the snippet into a full-blown poem and published it in the Louisville Courier-Journal (where he was the editor.) Allison called his work "The Derelict," Here's a version by a band called The Jolly Rogers -- live in Muskogee, Oklahoma


"Barnacle Bill the Sailor" was considered pretty ribald and randy when Frank Luther recorded it in 1928. Of course, I learned far filthier lyrics to in as a teenager at Methodist Youth camp.

Speaking of filthy, here's "Good Ship Venus," as performed by Oscar Brand. (And even he cleaned it up a little.)

Finally here's my favorite sailor song, Jacques Brel's  "Port of Amsterdam," as sung by Dave Van Ronk. When I was in Amsterdam a few years ago I searched for a restaurant that served fish heads and tails but couldn't find any.


For another great old sea-faring song, check out my Throwback Thursday post on "Hanging Johnny" from a few onths ago,
at June 08, 2017