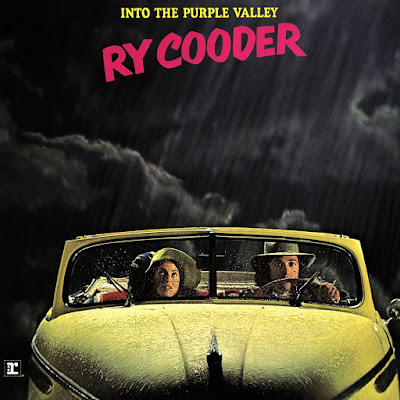 While Cooder's reputation was made by his impressive instrumental prowess, those 1970s solo albums -- my favorites being Into the Purple Valley,  Paradise and Lunch and Chicken Skin Music -- established him as a musician with an incredible knack for finding obscure gems from the world of blues, jazz, folk, hillbilly, gospel and soul music, putting his own stamp on them and making them relevant for modern audiences. Cooder introduced anyone with ears to hear  to so many artists and songs we might otherwise have missed, we really owe him.

Here's a small sampling of the songs Cooder taught us

Here's "Jesus on the Mainline," which appeared on Paradise and Lunch.  I'm not sure whether the 1959 Alan Lomax field recording version by James Shorty and Viola James with a Mississippi  church congregation is the first recording of this song. But it's a good one.


Ry Cooder knows what "Diddy Wah Diddy" means. So did Blind Blake back in the late 1920s.

Cooder was one of, if not the first, contemporary artists to recognize the genius of the mysterious traveling preacher Washington Phillips

For Into the Purple Valley (1972), Cooder recorded "FDR in Trinidad," which originally was recorded as "Roosevelt in Trinidad" by calypso star Atilla the Hun (Raymond Quevedo). Cooder's pal and sometimes musical collaborator Van Dyke Parks recorded this song for his own 1972 album Discover America.

Cooder played  "Girls from Texas" as a country tune. But originally it was a soul song by Jimmy Lewis

I was surprised to learn that the original version of Blind Alfred Reed's "Always Lift him Up" was a relatively upbeat song. Cooder did it on Chicken Skin Music as a moving dirge.

Songs That Crumb Taught Us

Songs That Kweskin Taught Us

Songs That Leon Taught Us

Songs That Tiny Taught Us

Songs That Herman Taught Us