A COUPLE OF MUSIC FILMS FROM SF FILM FESTIVAL

A version of these reviews were published in The Santa Fe New Mexican
December 4, 2006

It’s the classic rock ’n’ roll myth. A gang of lovable losers, usually boyhood friends (yes, most of the time it is boys), start a rock band. In a brief time, they become known for crazy, spirited shows fueled by incredible amounts of booze and illegal substances. They hit the road in a van or an old school bus. And right when the gold ring of wealth and glory seems to be in reach, they fall off the merry-go-round. Usually it’s a combination of money problems, personality problems, girlfriend problems, and addiction problems.

Country singer Gillian Welch summed up the seductive power of this myth in her mournful ballad “April the 14th”:

“It was a five-band bill, a two-dollar show/I saw the van out in front from Idaho/And the girl passed out in the backseat trash./There were no way they’d make even a half a tank of gas/They looked sick and stoned, and strangely dressed/and no one showed from the local press./But I watched them walk through the Bottom Land/and I wished I played in a rock ’n’ roll band.”

Santa Fe filmmaker Lexie Shabel also explores this myth in her new film, We Like to Drink: We Like to Play Rock ’n’ Roll. Shabel tells the story of The Unband, a punk/metal group that started in Boston and moved to Los Angeles. It was signed to a little indie label called TVT and made an album called Retarder full of songs like “Pink Slip,” “Cocaine Whore,” and the tune that would provide the title for Shabel’s film. 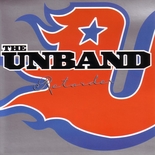 While The Unband is about as obscure as you can get, the story is familiar. But the group comes across as so likable that it captures the viewer’s sympathy. Even though you’re pretty sure you know how the story plays out, you root for the band throughout.

In some ways, The Unband reminds me of The Replacements in its wild, drunken abandon and the way the members connect with their audience. True, The Unband didn’t have a songwriter who came anywhere near Paul Westerberg. But then again, I never heard of the ’Mats playing with a naked drummer.

Shabel follows The Unband from its early days — hanging out at a University of Massachusetts dorm, getting kicked out of crappy little clubs — through its grab at fame. There’s all sorts of hopped-up testimony from early fans and Unband hangers-on attesting to its majesty. There’s even a filmed reunion of the trio with the owner of a Northampton, Mass., pizza joint at which all three used to work. The pizza lady says she knows she’ll see The Unband someday “on the Billboard Awards.”

But not all of the talk is happy. One of the film’s saddest moments is when the band is dissed by someone it looks up to: Eddie Spaghetti of The Supersuckers. “They weren’t very good, if I recall,” Spaghetti says matter-of-factly in a filmed interview. “Weren’t they just trying to be AC/DC?”

And it all seems to fall apart on the road. Money problems. Arguments. Hurt feelings. And two of the three seem to hate Kate, the girlfriend of guitarist Matt Pierce. She’s a blonde, hard-boozing, tough-talking version of Yoko Ono. “Women and money killed The Unband,” bass player Mike Ruffino says after a diatribe about Matt and Kate.

My main problem with the film is that it never says what eventually happened to Kate. She’s apparently gone by the end of the film. Matt speaks of her in the past tense. Did she melt when someone threw water on her or what?

The film ends optimistically. The Unband is playing together again after several years apart. But they all seem so adult now. Drummer Eugene Ferrari is painting his house, and he has his pants on. Matt is working with head-injury victims. Mike is married.

They all seem happy. But is that crazy spark that propelled them — that dangerous voodoo spirit that rode them like a mad cowboy — gone forever?
I think probably so. But We Like to Drink: We Like to Play Rock ’n’ Roll leaves you wondering whether that matters at all.

This 14-minute short is a captivating little nugget that leaves you wanting to know more about its precocious, homeless, trumpet-playing protagonist.

Laivan Greene stars as 13-year-old Nina. “You got a last name?” an unseen interviewer asks. “Just Nina,” she replies impatiently. (The director, known only as C.A.M. in the credits, might have a similar answer if you inquired about that name.)

“I know what you’re thinking,” Nina says at the beginning of the film, as she walks the streets of Los Angeles playing her horn. “She’s black. ... when she’s gonna start rapping? Well I got three words for you. ‘Go screw yourself.’”

She’ll play for anyone willing to listen — and even those not willing. And she talks. Nina is speaking throughout most of the film. But you don’t want her to stop.

“Yeah, that’s right, I read too,” she says defensively after speaking dreamily of James Baldwin. “Sorry to disappoint you, in case you were hoping I was like, some idiot-savant musician.”

We briefly get introduced to others who are important to her. There’s a flashback of her late brother, who she describes as “the last audience I had that I could count on.” Then there’s her father, a broken man who lives under an overpass and plays solitaire chess. “He’s a king to me,” Nina says.

Nina longs to make it big in the jazz world. To follow that dream, she hocks her beloved trumpet for a bus ticket to New York. Armed with a Rube Goldberg-style instrument, she sets up shop in front of the Village Vanguard.

The film ends on an optimistic note — it’s perhaps a little too feel-good considering the likely fate of homeless kids in strange cities. But then again, do we really need another After School Special-like cautionary tale? Maybe at this point we need more fables about following dreams rather than messages of fear and repression.
at December 08, 2006