A version of this was published in The Santa Fe New Mexican
December 14, 2006


It’s surely just a coincidence. But an e-mail from Gov. Bill Richardson’s office announcing his pending meeting with North Korean diplomats this week came less than an hour before an e-mail from his campaign announcing the governor’s itinerary for his latest trip to New Hampshire.

Richardson is meeting two North Korean diplomats Friday at the governor’s mansion to discuss multilateral talks, scheduled to begin next week in China, on the North Korean nuclear weapons program.

The next day, he’s going to the Granite State — home of the nation’s first 2008 presidential primary — for a speech and a couple of house parties for Democratic legislators there.

Richardson is expected to announce his presidential plans next month — if you don’t count his “hypothetical” answer in that Fox News interview last week.

“If the governor can be helpful in moving forward the six-party talks and bringing a resolution to the crisis on the Korean Peninsula, he’s happy to do it,” spokesman Pahl Shipley said. “That’s his primary concern.”

But political scientists interviewed Wednesday say this visit only can be seen as a coup for a governor running for president. 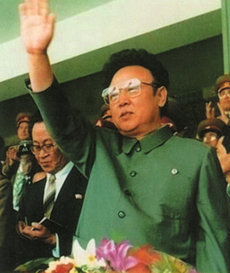 “Here we go again,” said Larry Sabato, director of the University of Virginia’s Center for Politics. Bill Richardson is the only governor in the nation with his own foreign policy. This is a big plus for him. Most governors face legitimate criticism that they don’t have national-security credentials in an age when they are essential. Former U.N. Ambassador Richardson, who also seems to continue in his role as a roving ambassador, has no such problem.

“Has there ever been a governor running for president throughout U.S. history that negotiated with an unfriendly foreign power about nuclear weapons — with the quiet consent of the serving president?” Sabato asked. “I’d place a large wager the answer is no.”

University of New Mexico political science professor Lonna Atkinson agrees the North Korean visit can only be seen as positive news for any future Richardson candidacy.

“And assuming Iraq still is an issue in 2008, Richardson will be able to point to this and say, ‘I can do the Baker report.’ The Baker report said we need to be talking to our enemies. All that is in contrast to the current administration’s strategy.” Former Secretary of State James Baker chaired the bipartisan Iraq Study Group, which released its report last week.

While Richardson has a strong résumé, Atkinson said, “how do you get that out to the primary voters.” Richardson, on the national level, still struggles with low identification numbers.

“So at this point, all news is good for him,” she said. “Anything to get him in the public eye.”

Bumper sticker alert: Usually when I receive anonymous letters at work, somebody’s either ratting somebody out or calling me names. Or occasionally both. So I was somewhat relieved earlier this week to find the no-return-address envelope in my mailbox didn’t contain anything nasty. There were a couple of bumper stickers with the familiar Bill Richardson logo — a red sky over a black mountainscape with yellow and white letters — that said “The Governor For President USA.”

If you see any of these on cars in the next month or so, don’t immediately call Fox News.

A note — unsigned, of course — said the bumper stickers were not the work of any authorized Richardson organization, but a group of former volunteers from Richardson’s 1982 Congressional campaign.

The slogan, the note says, is borrowed from Gov. David F. Cargo’s 1968 re-election. Cargo apparently had stickers that said, “The Governor for Governor.” The “USA” part is a reference to the state’s license plates, which were designed to let out-of-staters know that indeed New Mexico is one of the 50. 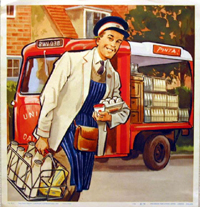 Gimme another milk: Back during the campaign, right after the much-discussed Richardson Western-movie parody, this column pointed out that while Richardson’s line, “Gimme a milk,” was played for laughs, the dairy industry had contributed more to the Richardson campaign than the liquor industry.

I thought about that last week when the governor’s final campaign finance report showed one of his two $50,000 contributors was Select Milk Producers, an Artesia-based milk marketing cooperative.
at December 14, 2006