A version of this was published in The Santa Fe New Mexican
December 7, 2006 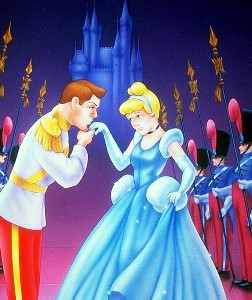 If you’ve been saving up money to go to one of Gov. Bill Richardson’s second-term inaugural balls, I have good news and bad news.

First the good news: Your money’s no good here. Even though four years ago tickets to the three inaugural balls ranged from $50 to $100, this time around, it’s going to be free.

Now the bad news: Unless you receive an invitation from the governor’s campaign, you won’t be going to the ball, Cinderella.

The reason for this is simple: The Sweeney Convention Center, which was the site of one of the balls in 2003, is unavailable, Richardson’s campaign manager Amanda Cooper said Thursday.

For those who haven’t driven in downtown Santa Fe lately, Sweeney currently is a huge hole in the ground. The old building was demolished so a new convention center can be built.

Cooper said invitations are being sent to 7,000 people.

“Basically, anyone who bought a ticket to the last inauguration will get an invitation,” she said.

Boots ‘n’ bolos: The Jan. 1 ball will be at two locations in downtown Santa Fe: The Hilton and Eldorado hotels. Attire will be casual. “It’s all boots and bolos,” Cooper said.

Entertainment will be by New Mexico musicians, Cooper said, though she wasn’t ready to announce the lineup. I personally was pulling for New Mexico Music Commissioner Tony Orlando. He’s never made it to a Music Commission meeting, so I figure the least he could do would be to sing “Tie a Yellow Ribbon” at the inauguration.

Richardson’s campaign treasury is footing the bill for the balls, Cooper said.

The actual inauguration will be at the Roundhouse, followed by a reception in the Rotunda. This will be free and open to the public, Cooper said.

Speaking of campaign contributions: The final campaign finance reports for all state candidates is due today. But, as I’ve been pointing out for nearly a month now, the secretary of state’s Web site still only has a pitiful handful of reports from the last filing day, Nov. 2.

As of Wednesday evening, the only reports available online for statewide candidates from that date were those of Richardson and his Republican opponent, John Dendahl. This has been the case since early November.

Two weeks ago in this column, state Sen. Dede Feldman, D-Albuquerque, said she found it “very disturbing” that the reports were not online. “The secretary of state’s timely operation of this system is the lynch pin,” Feldman said. Sanderoff, who did polling for the Albuquerque Journal, this week e-mailed his 2006 general election analysis to New Mexico reporters.

The document had no major revelations. But it’s a sobering reminder of how a small misstep can sink a campaign.

Referring to the Oct. 24 televised debate between Wilson and Madrid, Sanderoff wrote, “In what turned out to be the most important moment of the evening, Wilson pointedly asked Madrid how she could assure voters that she will not raise their taxes. Madrid stumbled on this question, waiting nearly seven seconds before she began to speak and then was unable to articulate a clear position.”

“Patricia Madrid’s seven-second ‘hesitation’ probably cost her the election,” Sanderoff wrote. “Most of the political fallout was not caused by the debate itself. The damage was incurred by the 30-second television ad that the Wilson campaign produced in order to capitalize on Madrid’s gaffe. This ad saturated the airwaves right through Election Day. Repeated viewing of the ad seemed to have a cumulative negative effect on the electorate. Madrid’s communication skills and articulateness were now being called into question by some voters.”

Madrid had been leading in all the polls, including Sanderoff’s, until that debate. Wilson squeaked out an 861-vote victory.

This makes you wonder about the future of televised debates in New Mexico. Madrid probably wishes she would have followed the lead of Richardson and U.S. Rep. Steve Pearce, who both won comfortable victories last month despite ducking debates with their opponents on TV.
at December 07, 2006