A version of this was published in The Santa Fe New Mexican
December 29, 2006

It’s just a gut feeling at this point, but when compiling this list of top albums of 2006, I’m starting to think that the digital revolution in music has begun to take its toll on the album as an art form. Sure there was plenty of great music out there this year — there always is when you know where to look for it.

And yes, dear yuppies, the word is still album not CD. A CD is just the medium, while the album is a collection of songs in any medium, vinyl or not. Sorry, that’s just a pet peeve. My fear is that not only could CDs go extinct but albums as well.

An entire generation of music lovers is thinking in terms of individual downloads rather than the album. It’s as if the novel became obsolete, replaced by, well, chapters.

The truth is, nothing really stood out as “album-of-the-year” quality to me until Tom Waits released Orphans, his sprawling three-disc extravaganza. Funny thing is, this project holds together as a unified work — kind of like a three-ring circus — even though it started off as a collection of outtakes and stray songs from soundtracks, tribute albums, and other scattered projects.

So while we still have “albums,” let’s celebrate the best of them. Here are my favorites of 2006:

1. Orphans: Brawlers, Bawlers & Bastards by Tom Waits. His songs are dispatches from an archetypal shadow land of underdog America, a place where a nation’s dreams go to die — but where a thousand more dreams are born. He bellows skid-row serenades that seemingly spring from cheap back-alley dives, hobo jungles, storefront churches, and grimy bus stations. You’ll laugh. You’ll cry. You’ll say, “What the hell was that?” 2. Goodbye Guitar by Tony Gilkyson. Most solo albums by sidemen only prove that most sidemen deserve to remain sidemen. But this album proves there are major exceptions to that rule. Gilkyson — a former member of X and Lone Justice — made an album in which all 11 songs are winners. It’s solid roots rock with some stomping honky-tonkers here and a magnificent dirge of self-loathing called “My Eyes.” 3. Gulag Orkestar by Beirut. Like Gilkyson, Zach Condon is a former Santa Fe resident who slipped the surly bonds of New Mexico. While most American musicians his age are inspired by punk rock or hip-hop, Condon was set aflame by the soundtracks of Eastern European movies and the Balkan brass bands he heard while bumming around overseas. He created a unique sound with slightly off-kilter trumpets, accordion, rat-a-tat drums and — for reasons not explained — a ukulele. Not to mention his vocals, which sound far too world-weary for a 20-year-old. 4. Snake Farm by Ray Wylie Hubbard. Here’s a bluesy stomp-dance of a record, heavy on slide guitar and raunchy licks. With Hubbard’s songs of reptile ranches, God, the devil, heartaches, damnation, and redemption, it’s spiritual in its own peculiar way, almost like the Book of Revelation as interpreted by Hank Williams and Howlin’ Wolf. 5. Powder Burns by The Twilight Singers. Like Greg Dulli’s best work, the sound is big — guitars, keyboards, and drums work into crescendos — and he works his voice into inspired frenzies. Sometimes, you don’t notice that he’s been screaming until the song starts to fade. 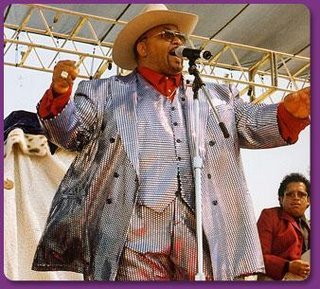 6.Nashville by Solomon Burke. This is something of a country homecoming for Burke, who was cutting soul versions of country songs nearly a half-century ago. “That’s How I Got to Memphis,” the classic Tom T. Hall song sounds as if it was written for Burke. And on Gillian Welch’s “Valley of Tears,” he sings like a condemned man contemplating the lethal-injection table. 7. Bitter Tea by The Fiery Furnaces. While the Furnaces don’t really sound like anyone else, you could spend an afternoon trying to trace the influences. The music changes from song to song — and often several times within a song. Electronic madness bounces off an old-timey tack piano. Sugar-pie-honey-bunch Motown hooks slither below. Eleanor Friedberger’s voice seems like an earthly anchor for a ship tossed into a stormy, unpredictable musical sea. 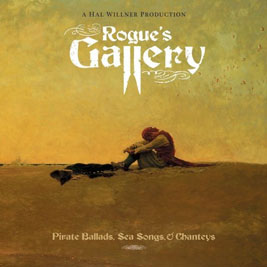 8. Rogue’s Gallery: Pirate Ballads, Sea Songs, & Chanteys by various artists (produced by Hal Willner). How could I not include an album featuring wild and rasty tunes by Nick Cave, Richard Thompson, Lou Reed, and Stan Ridgway? It even has Pere Ubu’s David Thomas croaking “What Do You Do With a Drunken Sailor?” But the most gloriously obscene and most hilarious “pirate” song here is Loudon Wainwright III’s “Good Ship Venus.”

9. I Am Not Afraid of You and I Will Kick Your Ass by Yo La Tengo. Yo La happily is all over the place, strolling down some strange avenues of pop sounds. Sometimes the group sounds like Sonic Youth, sometimes closer to Fleetwood Mac. Actually Yo La reminds me of a lo-fi, punkier version of NRBQ. 10. Zoysia by The Bottle Rockets. The title is a type of grass used in suburban lawns, fittingly because the image of suburban lawns is at the metaphorical center of this album by Brian Henneman and his trusty band of blue-collar rockers. It’s a loose-knit concept album about yearning for normalcy and moderation — yearnings not normally associated with rock ’n’ roll. But in these strife-ridden times, Henneman makes it sound attractive.

Honorable Discharge
* Why I Hate Women by Pere Ubu
* Last Days of Wonder by The Handsome Family
* The Longest Meow by Bobby Bare Jr.
* Good Bread Alley by Carl Hancock Rux
* Blue Angel by Hundred Year Flood
* After the Rain by Irma Thomas
* After Hours by Big Al Anderson
* The Town and The City by Los Lobos
* Modern Times by Bob Dylan
* Bahamut by Hazmat Modine
at December 29, 2006