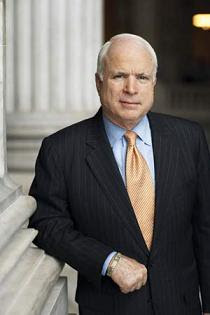 Republican presidential candidate John McCain will be in Albuquerque Monday for a rally at the UNM Student Union Building.

This will be the first candidate visit to the state since Barack Obama appeared in Espanola a couple of weeks ago.

I don't have any information about what to do if you want to attend, but I'll update this post when or if I find out.

UPDATE: According to a NM MCCain spokeswoman, it's first-come/ first-serve. People can get tickets at McCain's Albuquerque headquarters at 5643 Jefferson N.E. The office will close at 9 pm today. For more information, call 505-715-4330
at October 05, 2008