A version of this was published in The Santa Fe New Mexican
Octobber 16, 2008

I don’t usually write about conspiracy theories. My masters at the Trilateral Commission discourage such discussion.

But lately I, as well as other reporters, have been hearing a political scenario that doesn’t seem all that implausible. 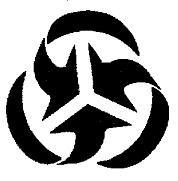 As is the case with about 97 percent of all political discussion in Santa Fe in recent weeks, it has to do with the Public Regulation Commission race between Democrat Jerome Block Jr. and Green Party candidate Rick Lass.

First, some background for those who haven’t been keeping up. Block has admitted he wasn’t telling the truth about a $2,500 campaign expense paid to his friend San Miguel County Clerk Paul Maez. Block claimed on the document, and to reporters, the money was for Maez’s country band to play at a rally — an event that later turned out never to have occurred. After this news hit the papers last month, Block returned the money — which came from public election funds — to the state. The secretary of state and attorney general are looking into the matter as a possible fourth-degree felony. 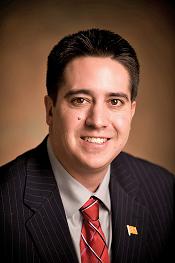 The gist of the scenario is as follows. (Remember, all this is speculation.)

The Attorney General’s Office files criminal charges against Block for filing false campaign finance reports — but not before the Nov. 4 election.

Block, despite a steady stream of bad publicity for months, wins the election.

Sometime after the charges are filed, Block is heavily pressured to step down.

At this point, Gov. Bill Richardson steps in and appoints his own choice, a less-objectionable Democrat, to the 3rd District PRC seat.

You don’t have to believe in chemtrails to wonder if something like this might be in store.

There’s at least a couple of versions of this going around. One friend of mine theorized that Attorney General Gary King is in on the deal, and he would purposely “drag his feet” on filing charges against Block to make the rest of the story all come true.

Another friend of mine — a Democrat who isn’t fond of either Block or Lass — presented this scenario to me not as a conspiracy theory but as his personal fantasy of what he hopes will happen. In this person’s version, “Richardson appoints someone decent” to the PRC.

Of course, Richardson might not be around to appoint anybody. There’s widespread speculation that if Barack Obama is elected president next month, he’ll tap the governor for some post in the new administration.

More Richardson travels: The governor remains active in his out-of-state campaigning for Obama.

On Oct. 3, he traveled to Wisconsin, where he attended events for Obama in Milwaukee and Menomonee Falls. “I am here because Wisconsin will elect the next president of the United States,” he told a crowd of about 100 at a Mexican restaurant in Milwaukee, according to a report on Wispolitics.com by reporter Russell Korinek.

Six days later, he flew to Washington state, where one blogger wrote, “Richardson was a big hit in Spokane Thursday, making a speech to the annual luncheon sponsored by the Gallatin Group and Avista at the Davenport Hotel, and revving up the Democratic troops for Obama and (Washington Gov.) Chris Gregoire later in the afternoon at the Carpenters’ Union Hall in the Logan Neighborhood.”

The next day, Richardson was in Nevada, where he spoke to a Students of Color Leadership Symposium and other events in Las Vegas, then up to Reno, where he predicted “that his state, Colorado and Nevada will prove pivotal in the presidential election,” according to one Reno television Web site.

This week’s New Yorker: I don’t know whether Richardson will be on hand in Las Cruces on Friday to greet Democratic vice presidential nominee Joe Biden, who is scheduled to appear at an Obama rally there. But if he is, I bet he might want to discuss an item from a profile on Biden in this week’s New Yorker.

In the piece on the Delaware senator — who like Richardson ran for the 2008 presidential nomination — reporter Ryan Lizza writes about a conversation between the two.

“According to a senior Biden aide, after a debate in which Bill Richardson, the New Mexico governor, argued that he could have all hundred and sixty thousand American troops out of Iraq in a matter of months — something that is logistically beyond reach, according to most observers — Biden approached Richardson backstage and told him that the plan was impossible.

Richardson didn’t seem concerned. ‘I know it is,’ he said. (A spokesman for the Governor said that Richardson does not recall the exchange.)”