A version of this was published in The Santa Fe New Mexican
October 1, 2008

San Miguel County Clerk Paul Maez made the latest issue of Rolling Stone — and it’s not a review of his band Wyld Country. 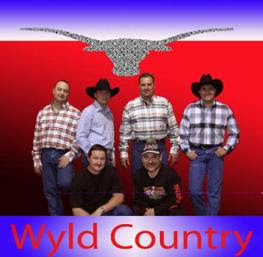 And no, it has nothing to do with the controversy surrounding Maez’s association with a certain Public Regulation Commission candidate, although the headline of the article is “Block the Vote.”

The article, by Robert F. Kennedy Jr. and Greg Palast, is about voter disenfranchisement and it tells about the disaster that was the Democratic Party Caucus in February.

The article starts out with an anecdote involving Maez and providing a description of Las Vegas, N.M., that I don’t believe came from the Chamber of Commerce:

“These days, the old west rail hub of Las Vegas, New Mexico, is little more than a dusty economic dead zone amid a boneyard of bare mesas. In national elections, the town overwhelmingly votes Democratic: More than 80 percent of all residents are Hispanic, and one in four lives below the poverty line. On February 5th, the day of the Super Tuesday caucus, a school-bus driver named Paul Maez arrived at his local polling station to cast his ballot. To his surprise, Maez found that his name had vanished from the list of registered voters, thanks to a statewide effort to deter fraudulent voting. For Maez, the shock was especially acute: He is the supervisor of elections in Las Vegas.”

Kennedy and Palast go on to say that in the caucus, “one in nine Democrats who tried to cast ballots in New Mexico found their names missing from the registration lists.”

It’s worth noting that the caucus was not run by the state or the various counties, but by the Democratic Party itself. The party did get its lists from the state, but nobody ever has explained what caused the problems, which led to thousands of provisional ballots being cast, which led to the final results not being known for two weeks. (Hillary Clinton beat Barack Obama by just a hair.) The party in April canceled a scheduled summit to discuss the problems.

In the article, Maez blames “faulty list management by a private contractor hired by the state.”

That company is ES&S, which has denied any role in the caucus problems. “ES&S’ role related to the New Mexico voter registration database is limited to providing centralized voter registration software, working with the state to implement the centralized system and providing technical support in using the system,” a company spokeswoman told the Associated Press in February.
Another New Mexican quoted in the Rolling Stone story is state Auditor Hector Balderas, who also found his name missing from the voter list during the February caucus.

Kennedy and Palast wrote, “ ‘As a strategic consideration,’ (Balderas) notes, ‘there are those that benefit from chaos at the ballot box.’ ”

Maez has been at the center of one of the major flaps in Jerome Block Jr.’s PRC campaign.

Block admitted lying about $2,500 in public campaign funds that he reported was paid to Wyld Country. Block had maintained that the band had performed at a May 3 rally. But he later admitted the rally never took place after two band members told newspapers there never was such a performance. The New Mexico secretary of state has recommended fines totaling $11,000 for Block and has said Block should return another $10,000 of the public campaign funds he accepted. Pied Piping: Gov. Bill Richardson on Wednesday practiced what he’s been preaching around the country — he voted early.

Perhaps he felt obligated to vote early after a headline in the South Tampa News and Tribune called him the “Pied Piper Of Early Voting.”

Columnist Joe O’Neill said Richardson gave a “boilerplate pep talk” in Tampa (he gave one of those in Santa Fe on Wednesday, too). But O’Neill said the governor was “Looking and sounding more animated and affable than when he was a presidential candidate … .”

Richardson was in Florida last week campaigning for Obama.

So if Richardson is the Pied Piper, I guess that makes me a rat.

Right after his speech, I went back to the County Courthouse and voted.

I have to bust myself for hypocrisy here. A couple of weeks ago, while covering a political event, I was asked by a nice woman to vote early and I told her something to the effect that early voting was for Communists. Election Day is a nice American tradition and I usually enjoy going to the school near my house, seeing my neighbors, etc.

But on Wednesday morning, early voting looked so quick and easy, I couldn’t resist. (That sounds like the rationalization of a smash-and-grab jewelry store window thief, I realize.)

The wait turned out to be only around five minutes. And while I didn’t see any of my neighbors, I did see several friends and acquaintances, including a certain television reporter whose voting experience took much longer than mine. He “spoiled” his first ballot by accidentally voting both ways on a judicial retention question, so he had to wait for a second ballot.

Latest from Rasmussen: Obama is leading Republican John McCain 54 percent to 44 percent in New Mexico, according to the latest Rasmussen poll released Wednesday.

In the Senate race, Democrat Tom Udall leads Republican Steve Pearce “by a wide margin,” according to the Rasmussen Web site, but the actual numbers won’t be released until today.
The telephone survey of 500 likely voters in New Mexico was conducted by Rasmussen Reports on Tuesday. The margin of error is 4.5 percent.

Got Clout? Richard Greene, host of Air America’s radio show Clout tonight will broadcast his show live from The Santa Fe Film Center, 1616 St. Michael’s Drive. The two-hour show starts at 7 p.m. and admission is free to the first 100. Air America, a liberal talk-show network, broadcasts in Santa Fe on KTRC-1260 AM.