A version of this was published in The Santa Fe New Mexican
October 10, 2008

It’s hardly a new phenomenon for musicians to go back and re-record their old songs for new albums. Mostly these are business ploys. A record company persuades an old pro to redo his songs and purposely make them sound as close to the original hits as possible. This way the company can market a “Greatest Hits” package without having to license the original recording from the old record company. Virgin Records did this with Roy Orbison in the 1980s.

Likewise, sometimes musicians who don’t have the rights to their own early recordings will re-record and repackage those songs themselves. John Prine did this with Souvenirs, released on his own Oh Boy label in 2000. 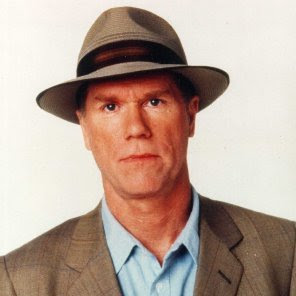 But occasionally an aging artist will revisit his old songs as a purely artistic exercise. That seems to be the case with Recovery, the latest album by Loudon Wainwright III, which features songs from his first four albums, going back to the early 1970s.

Most of the 13 songs here were originally recorded with just Wainwright’s piercing voice and his acoustic guitar. They’ve been rearranged for this album with the help of producer (and longtime Wainwright fan) Joe Henry, who brought in the same basic band he used for Wainwright’s previous album, Strange Weirdos.

While this CD isn’t just an exercise in nostalgia for baby boomers, the songs will bring back memories for old-time Wainwright fans. Listening to it last week, I immediately recalled the first time I heard Wainwright screeching “Me and My Friend the Cat” on KUNM late one night in 1972.

The song selection is nearly impeccable. If I were compiling a “Best of Loudon: The Early Years” retrospective, just about all of these songs would be there — though I would have included “Me and My Friend the Cat” and the terrifying “Hospital Lady.”

Most of these tunes are like old friends to me — including the song “Old Friend,” which is about a man realizing that he no longer has anything in common with a buddy but the past. Fortunately that’s not the case with the songs here. Unlike some friendships, nearly all of the tunes have held up extremely well over the past four decades.

One of the most fascinating realizations in listening to these songs is how Wainwright, even though he was in his 20s when he wrote these songs, often wrote from the perspective of an old man looking back on his youth. “In Delaware when I was younger” are the first words on “School Days,” the first track on his first album (Loudon Wainwright III, 1970) and one of the songs included here.

In “New Paint,” a song about a man’s awkwardness on a date with a woman, the singer sadly declares, “If I were 16 again, I’d give my eye tooth/I’m tired and I’m hungry and I’m lookin’ for my youth.”

And of course there’s “Old Friend,” where Wainwright sings, “The good old days are good and gone now/That’s why they’re good, because they’re gone.” When he first sang this, those “good old days” couldn’t have been long gone, unless he was singing about some kid he hadn’t seen since kindergarten

While the original versions of these songs were powerful, now — sung by a 60-plus Wainwright — they are infused not only with a tangible wistfulness but also with an earned wisdom. “New Paint” in particular takes on a new sadness. Nobody really believed Wainwright in 1973 when he sang, “Sometimes I feel ugly and old” and that he was a “used-up 20th-century boy.” But now, aided by Greg Leisz’s heartache steel and Patrick Warren’s pensive piano, those lines are jolting.

“Motel Blues,” a tune about luring a girl to his room (“Chronologically I know you’re young/But when you kissed me in the club you bit my tongue”), takes on new implications. Singing it back in the ’70s, Wainwright sounded desperate when he cried, “Come up to my motel room — save my life!” But now that line sounds literal, though Wainwright sings it as if he’s resigned to the fact that the girl probably won’t succumb to his pleas.

Perhaps the most powerful track on Recovery is “Saw Your Name in the Paper.” This song was inspired by the death of Janis Jo though she’s never mentioned by name. For years I’ve suspected that it might also have been partly directed at Wainwright’s childhood friend Liza Minnelli. Maybe that’s because of the line “Your mother must be happy — they said you stole the show.”

But whether it’s about Janis, Liza, or the next American Idol winner, the song is a meditation on the dark side of fame and the fickleness of the celeb-loving public.

And yes, as is the case with most of his tunes, the song turns out to be about Wainwright himself. It was written about the time he was being touted as a potential “new Dylan” (one of about 863 “new Dylans” of that era). Wainwright’s only partially successful quest for fame has been a frequent topic in his songs. There was “AM World,” “Two-Song Set,” “The Grammy Song, “Harry’s Wall” and of course, the title song of his 1983 album, “Fame and Wealth,” just to name a few.

The one low point on the album is the last song. I won’t call “The Man Who Couldn’t Cry” a clunker, but this is the one early Wainwright song I wouldn’t have included. I never understood its appeal, even when Johnny Cash covered it. It’s the biggest production number on Recovery — with a string quartet — but this weird little parable doesn’t hold a candle to the rest of the tunes.

But for the most part, Recovery reminds me why I first became a Wainwright cultist all those years ago and why he continues to be such a worthy artist.

Baby, it’s a public radio world: You knew I couldn’t resist doing a Loudon Wainwright III tribute on the radio. Tune in to Terrell’s Sound World, 10 p.m. Sunday on KSFR-FM 101.1 for some old, new, and in-between Loudon. The Wainwright segment starts at the 11th hour. (And don’t forget The Santa Fe Opry, 10 p.m. Friday, on KSFR.)
at October 09, 2008