A version of this was published in The Santa Fe New Mexican
October 24, 2008

Back in the mid ’60s, when “96 Tears” and “Wooly Bully” ruled the airwaves, the heroes of the sound that would later be termed “garage rock” were Hispanics. Question Mark and all of his Mysterians were Chicanos. So was Domingo Samudio, better known as Sam the Sham, who with The Pharaohs blended Tex-Mex and Memphis soul into an exciting sound. 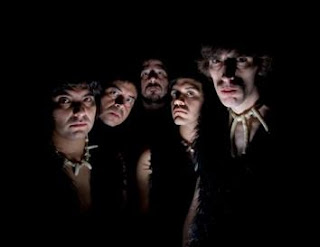 And even though Doug Sahm and Augie Meyers were gringos, their Sir Douglas Quintet, which included drummer Johnny Perez, also capitalized on the Tex-Mex sound. They might have tried to pass as British, but there was no way to miss the San Antonio in their music.

So with that history, it shouldn’t be surprising that some of the most exciting contemporary bands propagating the garage-band sound come from Spanish-speaking territory. There’s The Hollywood Sinners and Wau y Los Arrrghs from Spain. And from the great nation of Argentina comes Los Peyotes, who recently released their debut album — Introducing Los Peyotes — on London’s Dirty Water Records (also home to The Hollywood Sinners).

These guys have the basic fuzz-Farfisa-and-frantic-rhythm sound down pat. They even get surfy now and then, like on the instrumental opening song, “El Corredor Quemado,” and on “Psicosis V.”

The singer, who goes by the name David Peyote, sometimes sings in English as well as in Spanish. “Action, action ... oh, gimme your love!” he sings in “Action.” Those are some of the only decipherable lyrics in the tune, but really, what more do you need to know?

Just in time for Halloween, there are some good, fun horror hits (well, they ought to be hits) here. My favorite part of “Vampiro” is when the wild bongos come in toward the end. Then there’s “Scream,” which features a recurring screech playing off a frantic guitar.

To show their great debt to the original American garage-band sound, Los Peyotes have a song called “No Puedo Hacerte Mia.” Yes, it’s a Spanish version of The Seeds’ “Can’t Seem to Make You Mine.” (The original has recently been excavated for an Axe body spray commercial.) Los Peyotes do the song justice. You’d think Sky Saxon had changed his name to Sky Sanchez.

Consumer note: Introducing Los Peyotes is available on amazon.com as an import. But you can get it cheaper through Dirty Water’s American distributor, Get Hip Recordings. (Click the link, then click “store,” then “exclusive labels,” then “Dirty Water” — you probably can figure it out from there.) Of course it’s even cheaper from your favorite download vendor — eMusic, Amazon, iTunes. 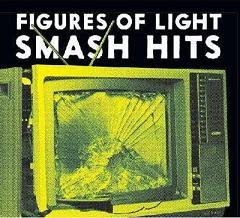 * Smash Hits by Figures of Light. This is a bizarre little project from Norton Records. The original Figures of Light was a stripped-down prepunk band from New York City led by singer Wheeler Winston Dixon and guitarist Michael Downey. They were influenced by a lot of the usual suspects — early Stones and Who, The Troggs, The Stooges, The Pretty Things, Blue Cheer, etc. (And though Figures of Light doesn’t list them in the liner notes, it’s obvious The Velvet Underground had a lot to do with their sound as well.)

At the band’s first concert in 1970, they destroyed 15 television sets onstage at Rutgers University. An early poster for FOL described their show as “a rock ’n’ roll violence sonata.”

Figures of Light broke up and never looked back.

Until a couple of years ago, that is, when Miriam Linna, high priestess of Norton Records, came across one of the original Figures of Light singles at a swap meet. She tracked down Dixon, now a professor of film studies at the University of Nebraska – Lincoln. Dixon contacted Downey for the first time in 25 years or so, and Figures of Light was reborn.

After all those years, the group was back in the studio, aided by Linna on drums, her A-Bones bandmate Marcus “The Carcass” Natale on bass, and guitarist Matt Verta-Ray (Jon Spencer’s partner in Heavy Trash). They recorded six new tracks in one day.

Smash Hits includes those songs, some recent live and studio recordings, the original two songs from the “It’s Lame” single, and the infamous “Ritual TV Smashing Finale,” recorded live in 1970. (According to the liner notes, Norton honcho Billy Miller said of this recording, “You guys make ‘Sister Ray’ sound like ‘MacArthur Park.’” He wasn’t far off.)

Basically, this is primitive rock ’n’ roll at its most stripped-down. Even the new recordings capture the lo-fi spirit. Like the punk rock that would erupt after the original FOL folded, the songs are full of a certain nihilism and angst leavened with wicked humor. You know they’re just joking on the 45-second “Why Not Knock Yourself Off”: “If you feel like a chronic complainer, why not knock yourself off?/They’ll put you in a 6-foot container. Why not knock yourself off?”

Also worthy is “I Got Spies Watching You,” a reckless rocker with a cool tremolo guitar that was recorded as a demo at a Lincoln, Nebraska, studio in 2007. It’s all raw, crazy, and irresistible to those of us who like it that way.
at October 24, 2008