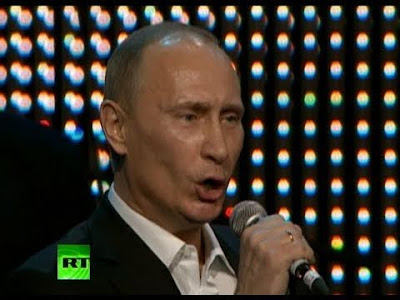 This week on Last Week Tonight  comedian John Oliver, in a segment ridiculing third parties, introduced a horrified world to the Green Party candidate Jill Stein's 1990s band, Somebody's Sister, effectively stomping down any trace of Jill-mentum there might have been.

Oliver likened the sound of the group to the Indigo Girls fronting the Red Hot Chili Peppers. A former colleague of mine had a more scathing review: "Jill Stein does not have my vote if only because her band just drove the whittled end of an old public toilet plunger up my ass, out one ear and through the very core of my creative being."


Of course, had things gone differently in the Democratic primary, we might have had to endure four years of a version of The Dropkick Murphys -- minus any kick. Here's former Maryland Gov. Marvin O'Malley with his band O'Malley's March.

Donald Trump couldn't make it, but he sent a friend. (You have to sit through some wretched piano noodling until you get to the dreadful vocals) Fats Domino would do a better job invading Ukraine than Putin does on this song.

Somehow this guy pulled off the musician thing with a little style back in the Nutty '90s.

And who can forget this patriotic anthem from former Attorney General John Ashcroft.

The late Sen. Robert Byrd from West Virginia was never shy about his bluegrass roots

But we haven't really had a great singing politician since Louisiana Gov. Jimmie Davis. (I played this very song on The Santa Fe Opry last week.)