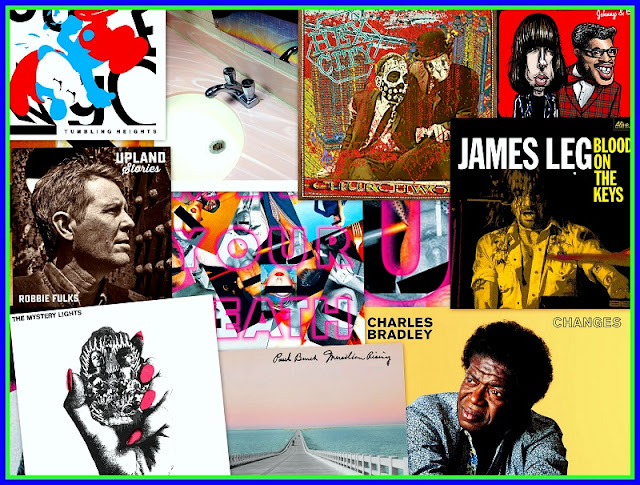 
These are my favorite albums of the year: 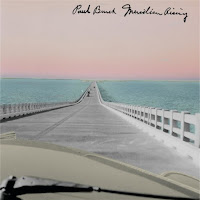 * Meridian Rising by Paul Burch. On this song-cycle biography of ascended country-music master Jimmie Rodgers, Burch tells the story of Rodgers’ life from the Singing Brakeman’s point of view, as he toured the country like a Depression-era rock star, picking, drinking, womanizing, and eventually dying. Burch juxtaposes the sweet sunny South of romantic myth against its oppressive historical reality. “Let me tell you all about the place I’m from/Where the police tip their hats while they’re swinging their clubs.” It’s not an overtly political album, but Burch makes some biting commentary on social inequality with songs like “Poor Don’t Vote.” 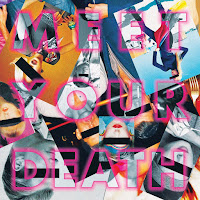 * Meet Your Death (self-titled). This band is something of an Austin punk-blues supergroup fronted by harp-man Walter Daniels — a veteran of bands including Big Foot Chester and Jack O’ Fire (a band who, years ago, covered a Blind Willie McTell song called “Meet Your Death”) — and slide guitarist John Schooley, who I know best from his three albums on the Voodoo Rhythm label, under the name “John Schooley and his one-man band.” The standouts on this outstanding record are “Elephant Man” (that one comes from a nasty old gutter blues song) and “Obeah Man,” a Caribbean-rooted invocation to the ruling hoodoo deities of rock ’n’ roll. 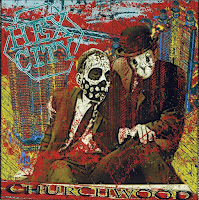 * Hex City by Churchwood. If you’re a fan of Captain Beefheart, Frank Zappa, Pere Ubu, The Fall, The Butthole Surfers, or Jonathan Swift, get yourself acquainted with Churchwood. Every track on their fourth album is filled with incredible blues, funk, and sometimes even metal riffs, with unpredictable time signatures and lyrics that sound like a cryptic code that, for the illuminated, could open the secrets of reality. The band’s basic lineup on this album is fortified on some songs by a horn section (The Money Shot Brass) and female vocalists called The Nicotine Choir. Hex City is a dangerous adventure. And the adventure only deepens with every listen. 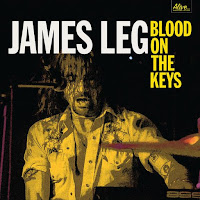 * Blood on the Keys by James Leg. If you need more of that blues-driven, rump-bumpin’, holy-
roller-shoutin’, swampy rock ‘n’ roll, a keyboard player called James Leg just might be your man. A former member of Black Diamond Heavies and Immortal Lee County Killers, Leg has a voice that falls somewhere between Beefheart and Jim “Dandy” Mangrum of Black Oak Arkansas. And he can even do a credible version of a Blaze Foley song, “Should’ve Been Home With You.” 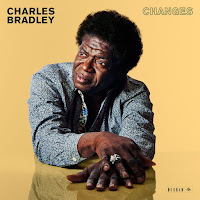 ▼ Changes by Charles Bradley. Like the late Sharon Jones, her Daptone label-mate Bradley’s music career didn’t take off until relatively late in life — Jones was in her forties when she put out her first solo album, Bradley was in his sixties. But this guy, known as the Screaming Eagle of Soul, sinks his talons into a song and won’t let go. Changes opens with a monologue by Bradley, who introduces himself as “a brother that came from the hard licks of life. That knows America is my home … America represents love for all the Americans in the world” before breaking into a soulful chorus of “God Bless America.” But his patriotism isn’t the blind kind. In “Change For the World,” he sings, “If we’re not careful, we’ll be back segregated … Stop hiding behind religion/Hate is poison in the blood.” The album is all this plus a sweaty, emotional cover of a Black Sabbath song — the title track, “Changes.” 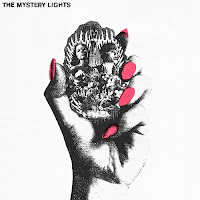 * The Mystery Lights (self-titled). Speaking of Daptone, the New York neo-soul label is branching out with an imprint (Wick) specializing in neo-garage rock. The first release is by this basic loud-fast-and-snotty, fuzz ’n’ Farfisa group that also loves to take sonic excursions into psychedelia. These guys obviously have spent some time listening to old records by The Seeds and new ones by Thee Oh Sees — and maybe even some early Country Joe & the Fish. Nobody's going to mistake singer Mike Brandon for Charles Bradley but this white-boy soul is a rocking delight. 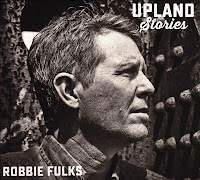 * Upland Stories by Robbie Fulks. Once again, Fulks has graced this troubled land with a powerful acoustic album. Some of these songs were inspired by James Agee, who documented the lives of Depression-era Southern sharecroppers in Let Us Now Praise Famous Men (1941). For instance, the opening song, “Alabama at Night,” is about Agee’s trip to the South in 1936. More pointed is the stark, hard-bitten “America Is a Hard Religion.” Fulks, who first became known for his funny, sardonic tunes, has some lighter moments here, too. “Aunt Peg’s New Old Man” is a celebration of an elderly relative finding a new beau. “Katy Kay” is a devilish hillbilly love song. 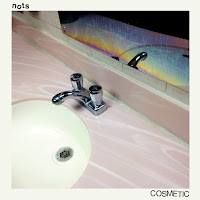 * Cosmetic by Nots. This is the most urgent-sounding music I’ve heard in a long time. Though it’s not always easy to understand the lyrics, it’s impossible to escape the intensity of the sound. Fronted by singer Natalie Hoffmann, this is basically a guitar group — except they’ve got a keyboard player, Alexandra Eastburn, whose fearsome synthesized blips, bloops, wiggles, and squiggles remind me of Allen Ravenstine, the keyboard maniac of early Pere Ubu. The five-and-a-half-minute title song begins with a slow distorted blues riff, then, about three minutes in, the pace suddenly takes off and becomes a frenzied race to the finish 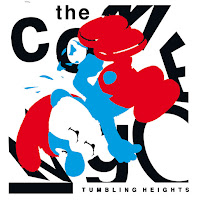 * Tumbling Heights by The Come N’ Go. This Swiss band cut its proverbial teeth in the crazed world of garage-punk. On this, their fourth album for Voodoo Rhythm Records, The Come N’ Go prove they can play it fast and furious. But on some songs they show a folkie sensibility, while on others, they go psychedelic on us. They’re still working hard to get our butts shaking — but they also seem interested in getting our minds expanding. 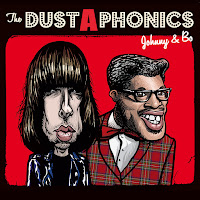 * Johnny & Bo by The Dustaphonics. This London-based band, featuring the guitar of the French-born Yvan Serrano-Fontova and the full-throttle vocals of Hayley Red, combines surf music, punk, and R&B (and a few echoes of ska, soundtrack music, and exotica) into a unique hopped-up sound. The names in the title refer to Ramone and Diddley, who are in Serrano-Fontova’s and Red’s personal pantheon of music heroes. They also pay tribute to the late Tura Satana, the star of Russ Meyer’s Faster, Pussycat! Kill! Kill!, who collaborated with Serrano-Fontova on some music projects.

Hey, I lucked out this year. I found songs from all these albums on Spotify, so I put 'em in this playlist: