THROWBACK THURSDAY: Songs That The Wheel Taught Us

About the same time that the world found out that John Prine had caught COVID-19, there was news that Ray Benson -- supreme commander and president for life of the venerable western-swing revival band Asleep at the Wheel also had contracted the disease.

But unlike Prine, Benson, 69, survived it. And, during this cruel time, that made me happy.

So in celebration here's a salute to long tall Ray and some of the songs the Wheel has helped keep alive.

The first Wheel album I ever owned was Texas Gold (1975). One of my favorite songs on that was "Let Me Go Home, Whiskey," written by a bluesman named John "Shifty" Henry and a hit for Amos Milburn in the 1950s.

Also on Texas Gold sung by original Wheelster Chris O'Connell, was this soulful ballad, which was written and originally recorded by Tousaint McCall.

In 1987, Asleep at the Wheel had a hit with this song, originally recorded in the mid 1940s by Freddie Slack with the incomparable Ella Mae Morse on vocals


But most of all, Asleep at the Wheel has always been known as among the finest contemporary interpreters of Bob Wills. They've actually recorded not one, not two, but THREE tribute albums to the King of Western Swing and routinely include Wills covers on their records. This collaboration with the traitorous Dixie Chicks from 1999's Ride with Bob is one of my favorites. 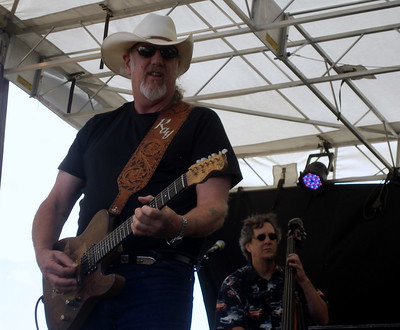 If you enjoyed this, checkout some similar posts on this blog:

Songs That Cooder Taught Us

Songs That Crumb Taught Us

Songs That Kweskin Taught Us

Songs That Leon Taught Us

Songs That Tiny Taught Us

Songs That Herman Taught Us