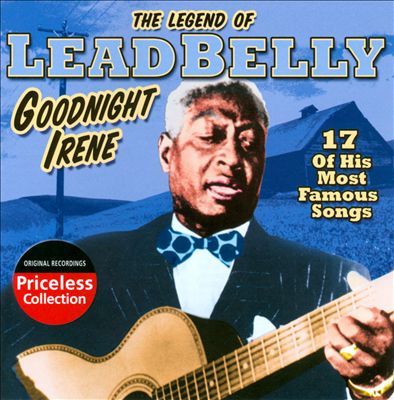 On his new solo album, Crosseyed Heart, Keith Richards (he's a member of some band whose name I'm trying to remember ...) takes a stab at a true American classic, Leadbelly's "Goodnight Irene." And it's a good stab indeed, as you'll hear below:

And below, Keith talks about why he recorded "Irene." For one thing, he says the lyrics referring to morphine (as he sings it, "Well I love Irene, god knows I do. I'll love her till the seas run dry. And if Irene ever turned me down,  I'll take morphine and die") were "right up my alley."

Indeed, "Irene," though a lot of people think of it almost like a sweet lullaby, is a pretty dark tune. Before the lyrics even get to the morphine, the singer, who has just been left by his young wife, has already declared, "Sometimes I get the great notion to jump in the river and drown."

Richards' cover actually is the second new release in which Irene raised her sleepy head,Just recently, Holly Golightly & The Brokeoffs, on their new album Coulda Shoulda Woulda, did a song called "Jump in the River," which has obvious roots in "Goodnight Irene." In it, Lawyer Dave sings, "Sometimes I get the big idea, I'm gonna jump in the river and drown." Notice, this wasn't a "great notion," just a "big idea."  (Sorry, I can't find this song on YouTube, Spotify, Soundcloud or anywhere. You can hear it on my latest Big Enchilada podcast though.)

Leadbelly recorded several versions of his song, Here is one of them:

But the song wouldn't break nationally until shortly after Leadbelly died. That was in 1950 when a folk group called The Weavers (which included Pete Seeger) did a safe, soft and sanitized version that was a major hit. You won't find any morphine here:

This big hit probably helped bring The Weavers to the attention of the Red-baiters during the McCarthy era. They were blacklisted, Seeger being found guilty of contempt of Congress when he refused to answer questions from  House Committee on Un-American Activities in 1955. (His conviction was later overturned.)

But that didn't stop Irene from sweeping the country. The Weavers' hit unleashed a wave of covers by pop, folk, country, and later rock 'n' roll acts.

Country singer Hank Thompson poked fun at the phenomenon of Irene-mania in his song "Wake Up, Irene."