WACKY WEDNESDAY: One Year of Wacky 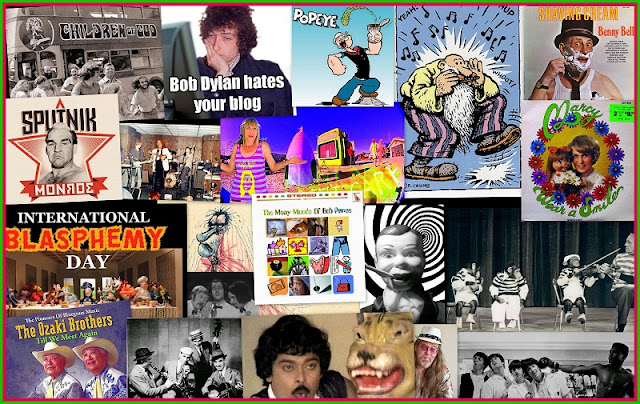 One year ago, on Wednesday, Nov. 19, I unleashed a new weekly feature on this here web log.

Wacky Wednesday, was created, I wrote, "to introduce you, the reader to strange, funny and/or confounding music -- the type of "unclaimed melodies" that the Firesign Theatre's Don G. O'Vani was talking about when he said, `if you were to go into a record store and ask for them they would think you were crazy!' " 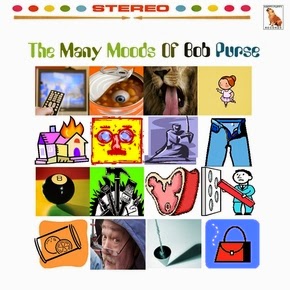 I've tried to live up to that mission statement. Some weeks work better than others, but I think I've provided you guys with a lot of wackiness this past 12 months.

My very first post was a salute to a musician named Bob Purse who I'd just discovered on the Free Music Archive.

Below are videos and other mementos of the first year of Wacky Wednesday. Keep the wackiness alive!

Early on, I wrote about a song that tore at the soul of a youngster (yours truly) who loved The Beatles as well as Allan Sherman. The day I posted this, I showed it to my oldest grandson, then 3. He looked at me bewildered and asked, "Why does Pop hate The Beatles?"

Wacky Wednesday has explored the musical legacy of Muhammad Ali.

Bad karaoke is usually good for some good wholesome fun (and cheap laffs).

In honor of the 41st anniversary of the resignation of President Nixon, I did a Wacky Wednesday full of Watergate songs. Here is one I stumbled across while searching for another song.

On April Fool's Day I looked at a cruel prank that cost The Dwarves a record contract. 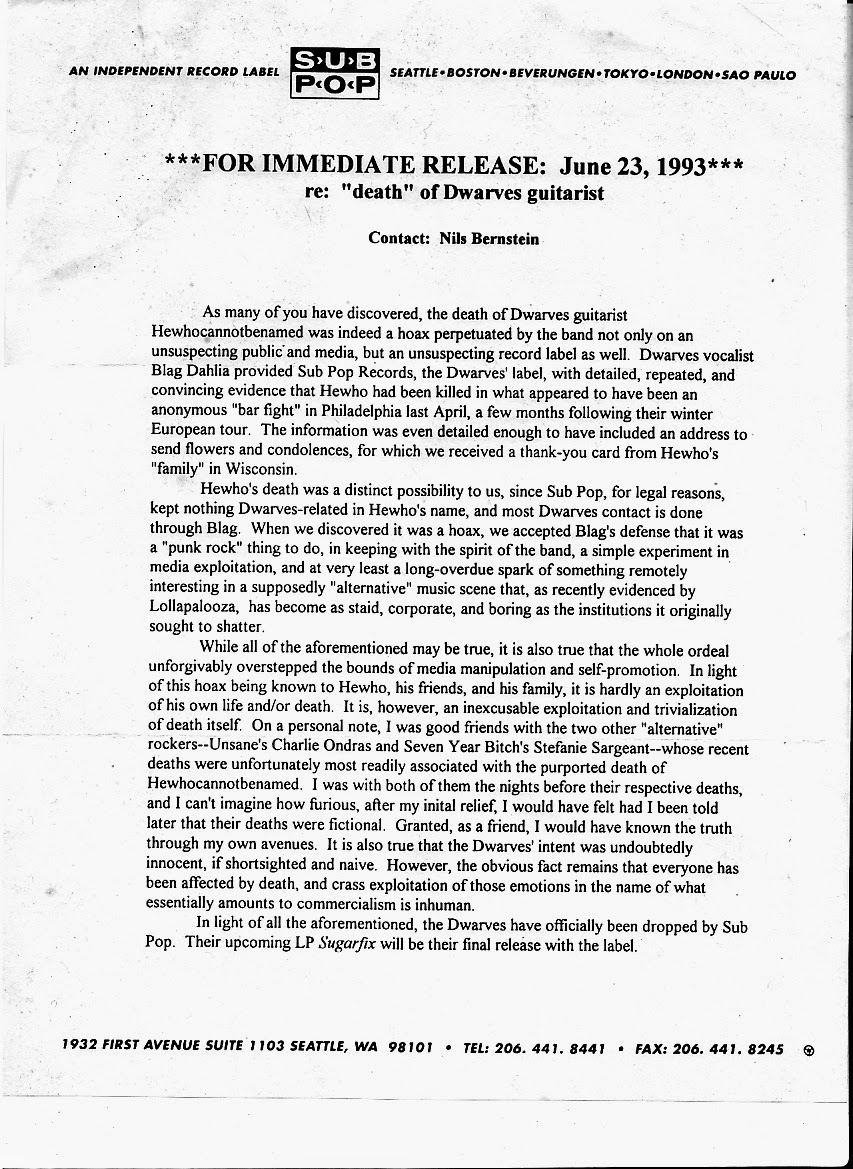 One of my favorite Wacky Wednesdays was one about "Cult Classics" -- by real cults.

And one Wednesday I featured songs by, about and associated with Popeye.


One Wacky Wednesday I wrote about that strange night in 1986 when Camper Van Beethoven served as Tiny Tim's pickup band. The complete show, starting with Camper's set, can be heard in the player below.


And not very long ago, in belated honor of R. Crumb's birthday, I explored the cartoonist's contributions to music.

One week we had a musical battle royal with songs by and about wrestlers. Here is a heartbreaker.

One week I looked at the history of "Louie Louie," including the your-tax-money-at-work FBI investigation of the subsersve song:

The FBI's Investigation of Louie Louie;


And the world of Bollywood is rarely short on wackiness.

This world isn't getting any saner. Something tells me there will be plenty of wackiness to mine in the year ahead.

Please come back to this blog tomorrow for a very special Throwback Thursday.